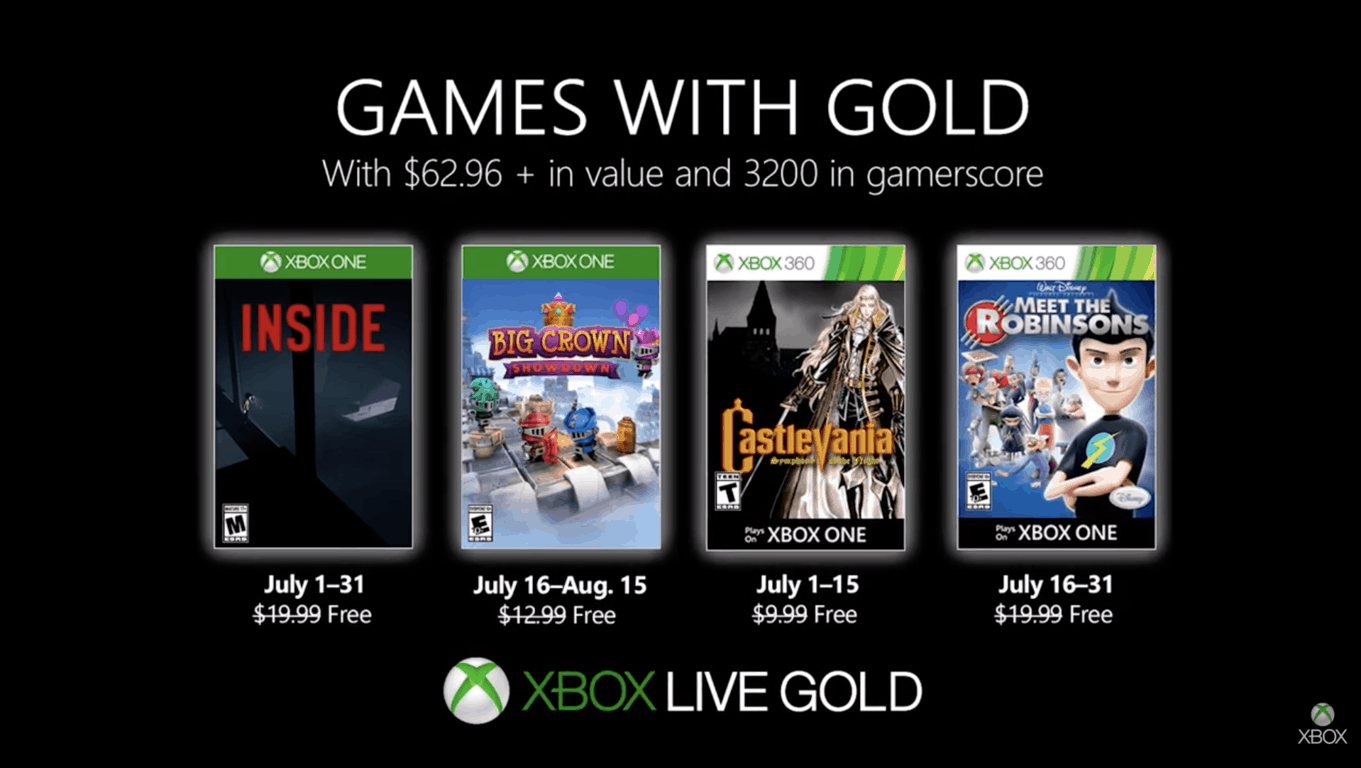 Microsoft has revealed the four Games with Gold titles that will be offered to Xbox Live Gold and Xbox Game Pass Ultimate members in July. The clear highlight is the critically-acclaimed puzzle platformer Inside, which was released first on Xbox One back in June 2016.

Inside is the second game from indie developer Playdead after Limbo, another puzzle platform game that received great reviews. Inside will be free to download for Gold members starting tomorrow, July 1, alongside the Xbox 360 title Castlevania: Symphony of the Night. Big Crown: Showdown and Meet the Robinsons are the two other Games with Gold titles that will be available for free starting July 16.

These four games represent 3200 in gamerscore and $63 in value, which is a bit less than what we had with the Games with Gold for June 2019. As a reminder, today is the last day to grab EA Sports NHL 19 and and Earth Defense Force 2017 for free with your subcription.

Windows Calculator is now available on Android, iOS, and the Web because why not