Microsoft’s plan of enticing PC developers to create mobile versions of their apps has snagged another win for users with Two Dots. For fans of the ultra-simplistic dot connecting world created by developers PlayDots, its most recent addition of Two Dots has made the tiny jump from Windows 10 PCs to Window 10 Mobile devices recently.
Two Dots mimics its predecessor Dots by sticking to the no-frills gameplay that made the original a hit on iOS and Android. The Dots world is one of sleek minimalism and fluid animations. Two Dots, however, expands on the famously Spartan-like engagement of Dots by imbuing the game with character and story.

Two Dots also adds some new UI elements as well as some additional in-game mechanics. Differing from Dots, Two Dots now incorporates multi-tiered dot connections and elemental interference. The new game is free to play at the Windows Store, and avid fans of PlayDots can head over to their website or social media outlets to get even more.
At weplaydots.com, fans can also download original soundtracks as well as hi-res wallpapers of their favorite Dots levels.
For those looking to avoid awkward family conversations, boring car rides, or just a quick time waster in a long line, Two Dots delivers. 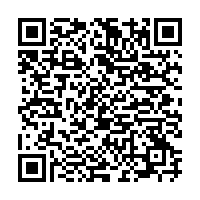 Plugging USB devices into the Lumia 950

Xbox team manages to keep the 'Live' lights on this Christmas