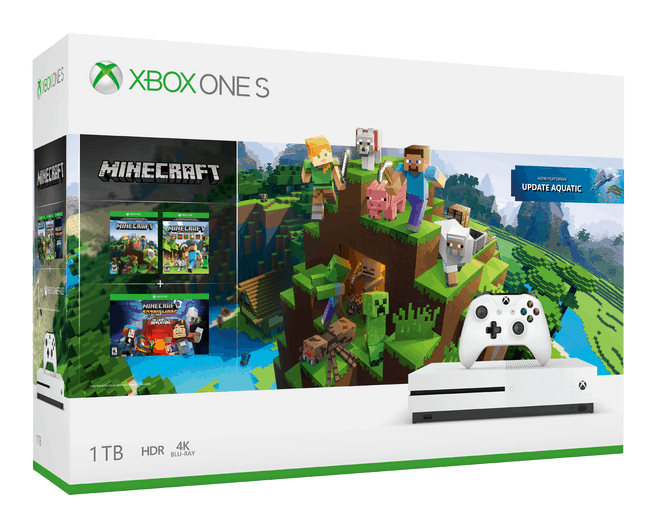 It's officially summer here in the United States and the Xbox bundles are coming in hot. Indeed, Microsoft has just added two new bundles to the Xbox One family, featuring both PUBG and Minecraft.

The first of the bundles is the $499 Xbox One X PUBG Bundle. This comes with an Xbox One X with a 1TB HDD, an Xbox Wireless Controller, full game download of PUBG, and 1-month Xbox Live and Xbox Game Pass trials. Microsoft promises that this bundle will become available at most major retailers worldwide later this week.

A second bundle joining the Xbox Family is the $299 Xbox One S Minecraft Bundle. This comes with a 1 TB Xbox One S, and a full-game download of Minecraft featuring Update Aquatic plus the Explorer’s Pack. Other extras in this bundle include season one of Minecraft: Story Mode – The Complete Adventure, and 1 month of Xbox Game Pass and 14-days of Xbox Live Gold. Microsoft says this bundle will be available "soon" at retailers in select regions. and at Microsoft Store and Walmart here in the US.

These are just two Xbox One bundles which are coming up for purchase. There are many others currently available at the Microsoft Store, or Xbox.com. Which Xbox Bundles are on your wish list? Let us know in the comments below.