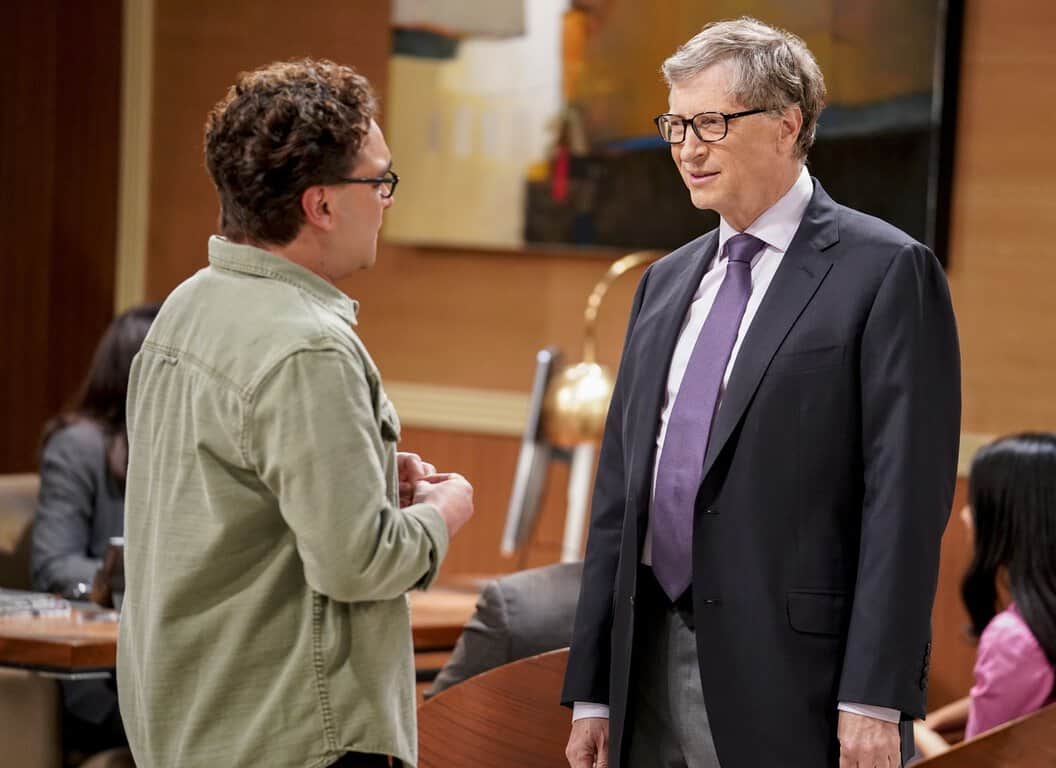 A little over a month ago it was revealed that Microsoft co-founder Bill Gates would appear on the popular American sitcom The Big Bang Theory. Well, the moment has finally arrived, and the episode is set to air tonight here in the United States at 8 PM ET on CBS.

The #BigBangTheory is back in action this week with a very special guest star. Don't miss an all-new episode this Thursday at 8/7c! https://t.co/TSULPlJGty

In the episode, Penny (Kaley Cuoco) reveals she is hosting Bill Gates at her pharmaceutical company, and her friends rightfully try to do everything they can to meet the Microsoft co-founder. You can see the ultimate moment in the trailer above, where a tearful Leonard (John Mark Galecki) eventually meets Gates and asks for a hug, but Gates instead asks if he needs a tissue.

Gates was interviewed about his appearance ahead of the episode and he remarked about how he can relate to the show. "It's fun to have a show where people are allowed to be a little nerdy and smart, I can relate to it, so I was thrilled when I got the chance," said Gates.

If you're eager to learn more about this episode, you can check out a 3-minute preview on YouTube here. Do you think you'll be watching tonight? Let us know your thoughts below.