“With cloud gaming in Game Pass Ultimate, you will be able to play over 100 Xbox Game Pass titles on your phone or tablet. And because Xbox Live connects all across devices, you can play along with the nearly 100 million Xbox Live players around the world. So when Halo Infinite launches, you and your friends can play together and immerse yourselves in the Halo universe as Master Chief—anywhere you go and across devices,” explained Xbox head Phil Spencer.

Microsoft’s Project xCloud initially launched in preview on Android back in October, and Microsoft later added support for more markets as well as iOS devices. However, the Xbox Game Streaming app on iOS still only supports Halo: The Master Chief Collection, while the Android app currently supports close to 100 games. It’s important to note that all Xbox Game Pass games won’t necessarily be available on Project xCloud when the service launches in September, and Microsoft will share more details later. “Project xCloud” also won’t be the official name for the service.

Speaking with The Verge, Xbox head Phil Spencer said that Project xCloud could soon come to more devices, and that Microsoft could eventually stop restricting it to its $14.99/month Xbox Game Pass Ultimate tier.

“Over time we will continue to expand how we introduce streaming as part of the platform, and playing games that you own that aren’t part of the subscription,” says Microsoft’s Xbox chief Phil Spencer in an interview with The Verge. “For launch we’re putting it in Ultimate for no additional cost. We think it’s a good audience for us to start with, and it’s an audience that plays a lot of games.” (…)

We want to bring xCloud, eventually, to every screen that someone can stream games to. Right now we’re just saying mobile,” says Spencer. “There are discussions going on and we’re working through things. We’ll talk more specifically about which mobile devices through August and the September launch.” 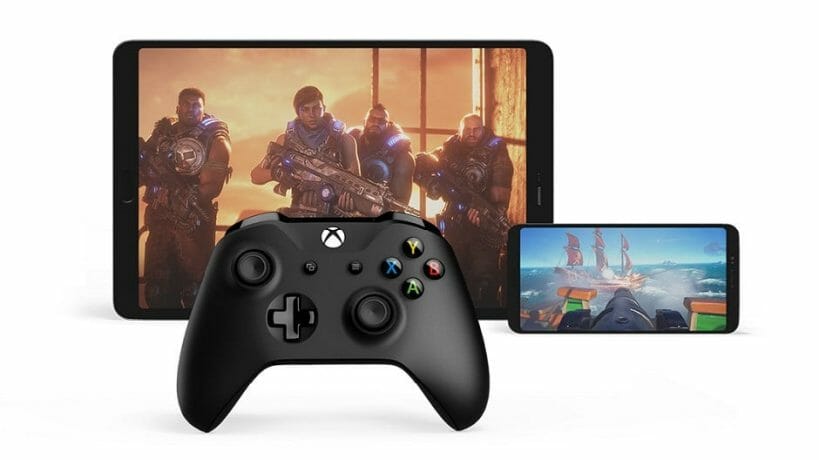 It’s still early days for cloud gaming services, and Google launched its own Stadia service with a different business model back in November. Instead of offering a Netflix-like subscription, Google required early adopters to pay for a $9.99 Stadia Pro subscription that offered a couple of free games every month, similar to Microsoft’s Games with Gold program, but all other Stadia games need to be purchased separately. Google has since launched a free Stadia tier that offers 1080p/60FPS gaming, but games still need to be purchased on the Stadia Store.

On paper, Microsoft’s Xbox Game Pass Ultimate and Project xCloud combo sounds much more appealing. The company’s cloud gaming service leverages existing Xbox One S consoles, which means that it can support thousand of Xbox games from the get go. There are currently more than 200 Xbox games on the Game Pass catalog, including AAA games such as The Witcher 3, Red Dead Redemption 2, or Fallout 76.

What Project xCloud currently lacks is a presence on PCs and TVs, something that Google Stadia supported right on launch. We know that an Xbox Game Streaming app for Windows 10 PCs is currently in the works, but Microsoft has yet to officially announce it. Google also recently added support for touch controls for Stadia games, and Microsoft has yet to do the same for Project xCloud.

Microsoft announced earlier this year that Xbox Game Pass had crossed 10 million subscribers, and adding Project xCloud to the mix will likely make the service even more appealing for casual gamers. “Cloud gaming in Xbox Game Pass Ultimate means your games are no longer locked to the living room. And just like you do with the popular movie and music streaming services, when cloud gaming launches into Xbox Game Pass Ultimate, you can continue your game wherever you left off on any of your devices,” Phil Spencer emphasized today.

Do you think adding Project xCloud to Xbox Game Pass Ultimate was the right thing to do to create the true Netflix of video games? Sound off in the comments below.

PowerToys for Windows 10 gets another maintenance update