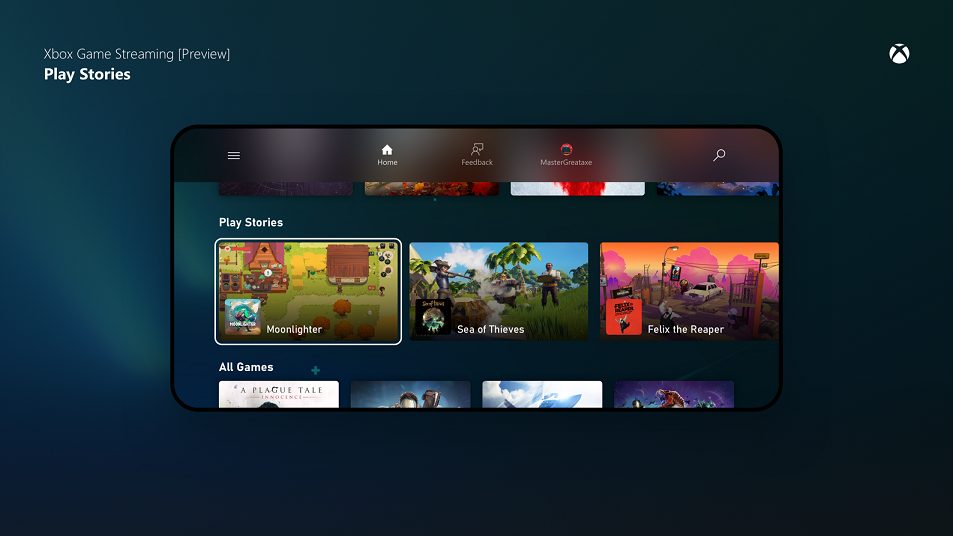 Since Microsoft kicked off the Project xCloud Preview last fall, the company has been offering more and more games to play to beta testers, as well as the ability to stream any games you own by transforming your console into your own Project xCloud server. Today, the company announced that going forward, the Xbox Game Streaming app on Android will now show game trailers at launch to help beta testers discover new games to play.

"When you open up the Xbox Game Streaming preview app, you’ll see a set of trailers for five different games you can swipe through at your leisure. As you watch the trailer, the game will load in the background and if a particular game catches your eye, you can jump in and play or keep searching for something else. We’ll continue to mix in new trailers to keep things fresh and to help you try something new," explained Xbox’s Major Nelson.

Please note that these new game trailers with games loading in the background will only show up the Android version of the Xbox Game Streaming preview app. As of this writing, Project xCloud beta testers on iOS can only play Halo: The Master Chief Collection, while Android users are currently able to play close to 100 games. Project xCloud on iOS also doesn’t support Xbox console streaming, and Microsoft previously explained that some limitations were in place "to comply with App Store policies,” without elaborating further.