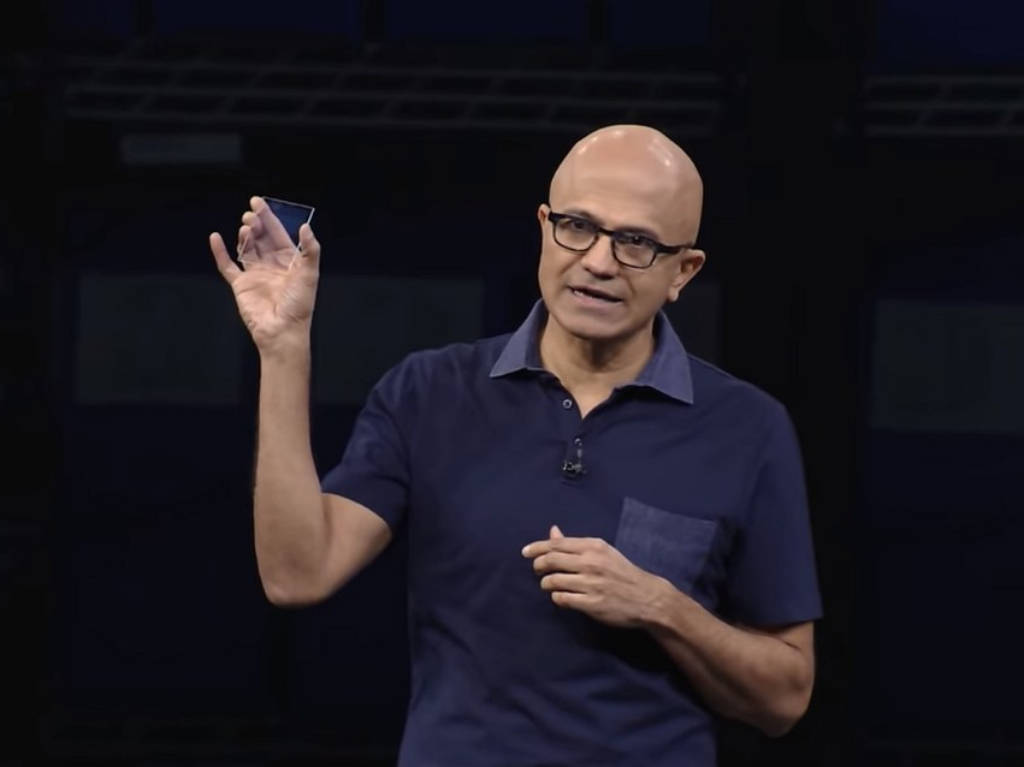 One of the highlights of Satya Nadella’s vision keynote at the Microsoft Ignite 2019 last week was Project Silica where he held out a drink coaster-sized piece of regular quartz glass and shared that the piece of glass had the 1978 “Superman” movie stored on the same.

Microsoft collaborated with Warner Bros. to successfully store and retrieve the entire movie as the first proof of concept test for Project Silica, a Microsoft Research project that uses recent discoveries in ultrafast laser optics and artificial intelligence to store data in quartz glass.

A laser encodes data in glass by creating layers of three-dimensional nanoscale gratings and deformations at various depths and angles. Machine learning algorithms read the data back by decoding images and patterns that are created as polarized light shines through the glass.

At Ignite in Orlando, FL, I sat down with an excited Dr. Ant Rowstron, partner deputy lab director of Microsoft Research Cambridge in the UK to learn more about this fascinating research project.

Almost with childlike enthusiasm, Ant also showed me another piece of glass, almost stamp-sized, that had Windows 10 ISO loaded on it.

Why did you choose glass?

So, I think there are several reasons. First off, it's a durable media, and it's got a very long lifetime. So, the data that we've got written in here won't get any decay, and it will be good for, you know, tens of thousands, even hundreds of thousands of years.

You got your archive data, which is just cold. Today we're using hard disk drives or tape to store that. With hard disk drive, you're lucky to get five years from it. Not much longer. A tape, you're going to get ten years. I think ten is the upper bound; some people use it for five years or even less.

I mean everything else you have to worry about the environment. And that drives the cost up, so in a sense, I see this almost like forever storage. Once I've written it, it's just going to sit there and it's basically gonna cost me nothing to keep it because I don't need to do anything to it; it's not having to be actively managed.

It doesn't matter… in the worst case, you have to clean it. I mean, I walk around with a bit of this and you get dust all over it… the fingerprint is a classic, you know. Just give it a little bit of alcohol rub, and it's ready to roll.

Why is this a solution for cloud storage needs and not an alternative to regular media?

So, I think, the scale is really important. At Microsoft, you're thinking about the scale of the cloud, and that drives the solutions we come up with. We're in a world where exabytes is the norm… zettabytes. In a sense, we're feeling the pain.

You look at the existing incumbent things, and they've all got problems and compromises and they've got things which are hard to engineer about.

We worked on a project called Pelican which was looking at how to build hard-disk based archival storage. And we spent years, taking every cent we could add to get the most efficient hard-disk based storage for the cloud.

And we realized that you come to the stage where you're just hitting the barriers based on what a disc is or what tape is and you just can't, you can't break it open and go inside but yet you see the problems that it's causing. So that was the sort of motivation for us to go off and think of what the right technology would be.

Do you envision this technology being used for a mass-market storage solution in the future?

I'm on the research side so I can't really talk about what the business model will be in the future. What I can say is that the technology is ready for that.

It wouldn't be the way that you get movies… I hope it won't be. You won't get rid of your PC, it won't. I don't think we'll ever get there. But if you spend millions of dollars for your organization’s archival data, I think we'll get to the stage where it's quite feasible for it to be used by them.

We're going to conquer the world… it's going to be the new media. (laughs)

No, I mean, I really would love it to get to the stage where I think two things. One is that we find a lot of things that we just really care about and want to store for a long time, sort of archival stuff which is just really important. And I'd love to see that on glass and using the properties of glass.

The other thing is, I'd love to see it just replace tape. And I just think we can make it, you know, the technology which is better than the incumbent. Tapes have been there for so many years and in some sense such a compromise.

Microsoft to attend Pentagon summit on military use of AI