Project Ariana takes Microsoft’s Illumiroom concept to the next level 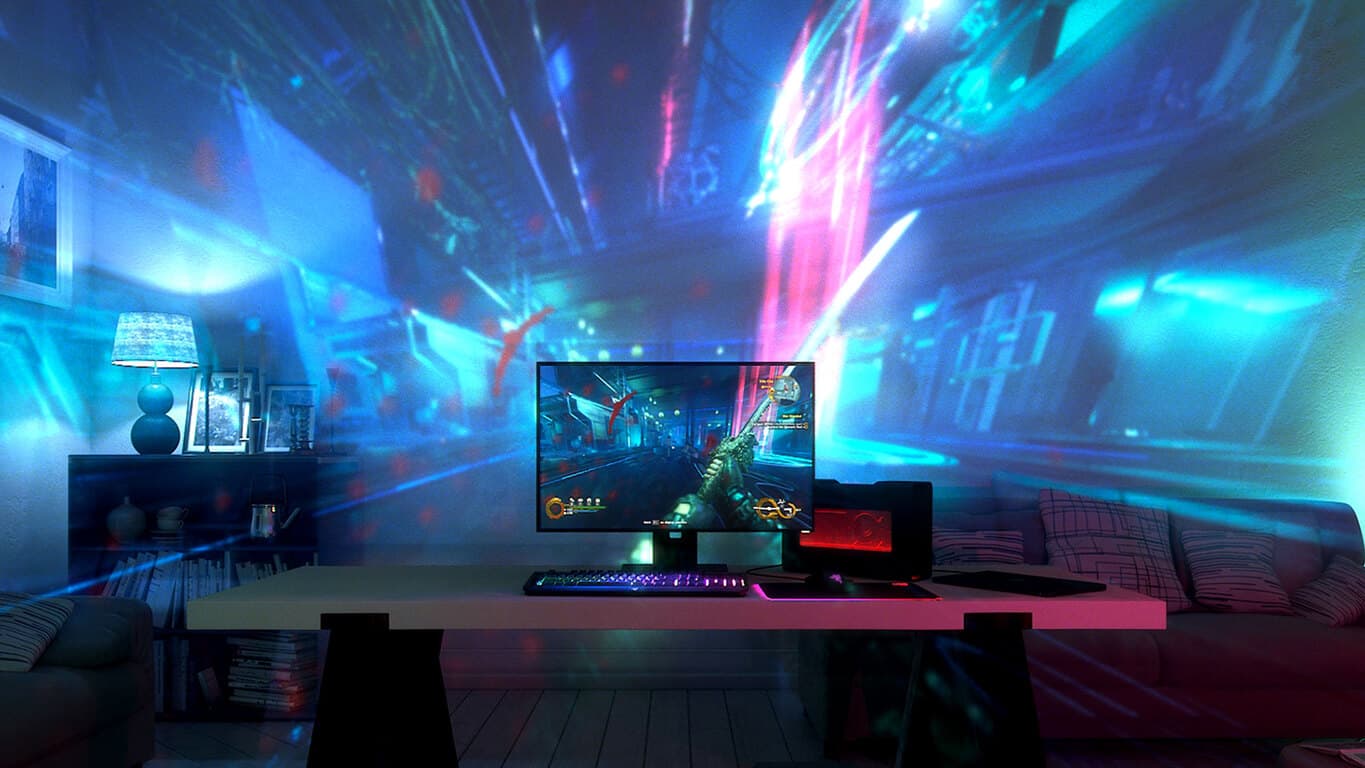 Razer Zone has just unveiled a new projector named, Project Ariana, which is designed to enhance the video gaming experience by expanding the play area of a video game onto the area around the TV screen.

The Project Ariana projector contains two 3D cameras which it uses to scan the room its in and adjust the images being projected. “Project Ariana brings a whole new dimension to immersive gaming with Razer Chroma which communicates with the game in real time to create both lighting and video effects. This results in everything from peripherals to smart lighting and even video projection, all working as one to give you a truly incredible visual gaming experience,” the official description reads. “The world’s first video projection system designed for immersive gaming, Project Ariana is a cutting-edge video projector which uses an ultra-wide fish eye lens and advanced processing capabilities to take your game beyond your setup, extending it to your entire room.”

Project Ariana is remarkably similar to Microsoft’s own Illumiroom concept which was first teased four years ago before being eventually scrapped due to the high costs associated with it. Here’s the Illumiroom promotional video for comparison with the Project Ariana video above.

What do you think about this projection technology? Would you ever buy it for your home? Let us know in the comments below.