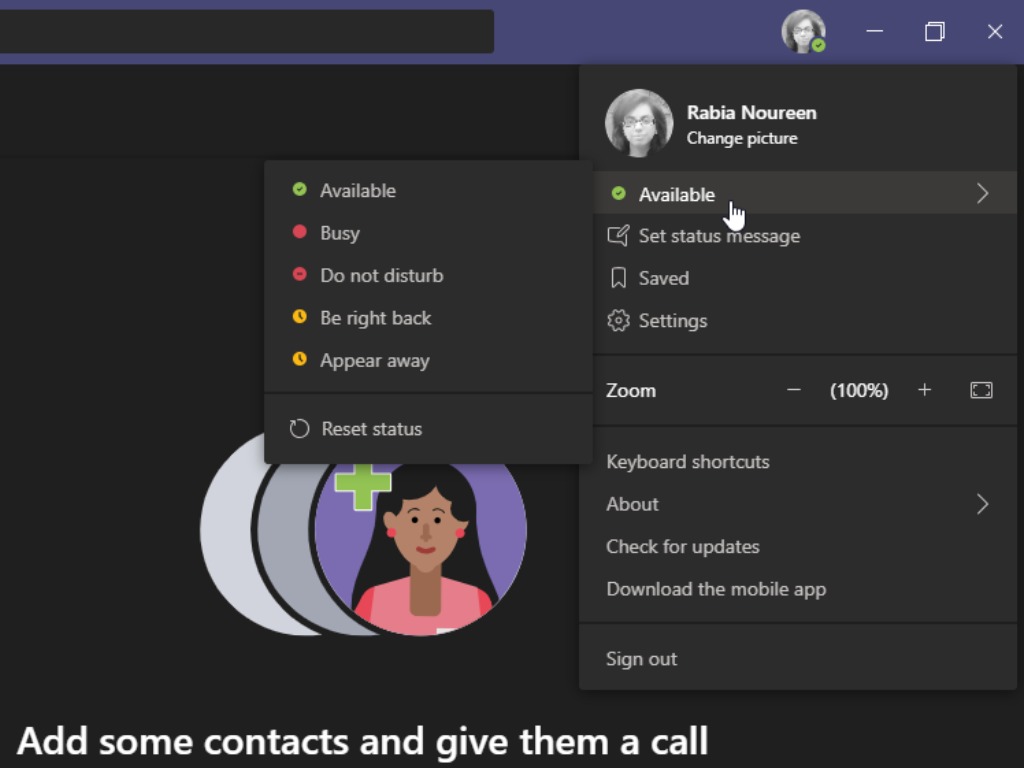 Microsoft held its Ignite 2020 digital conference last week, where the company announced a bunch of news about Windows, macOS, Azure, as well as Microsoft 365. This may have passed under your radar, but Microsoft has announced that the presence feature in Microsoft Teams will soon get new Status duration and Offline Status options.

With the new Presence Status duration, Microsoft plans to let Teams users change their presence status for a specific period of time. When the feature is available, users will be able to select a specific time duration, after which the app will automatically reset their availability status. The list of options will include 30 Minutes, 1 hour, 2 hours, Today, and This week. In addition, users will also have an "Custom" option to change their status settings on the Microsoft Teams app as per their specific needs.

The Offline Status mode is another new functionality coming to Microsoft Teams later this year. With this feature, Microsoft Teams users will get the ability to set their presence to “Offline.” Indeed, it's one of the much-anticipated features which should have been there from the beginning. The new Offline Status indicator should make it easier for users to have full access to Microsoft Teams while informing their colleagues that they aren't currently for communication.

The Microsoft 365 Roadmap indicates that the company is currently working on both features, and they're timed for roll out beginning in December 2020. As the world grows to accept the demand for more remote work, the need to manage our availability has become more important than ever. Do you think that the upcoming updates will help to create more focus time and reduce interruptions? Sound off in the comments section below.