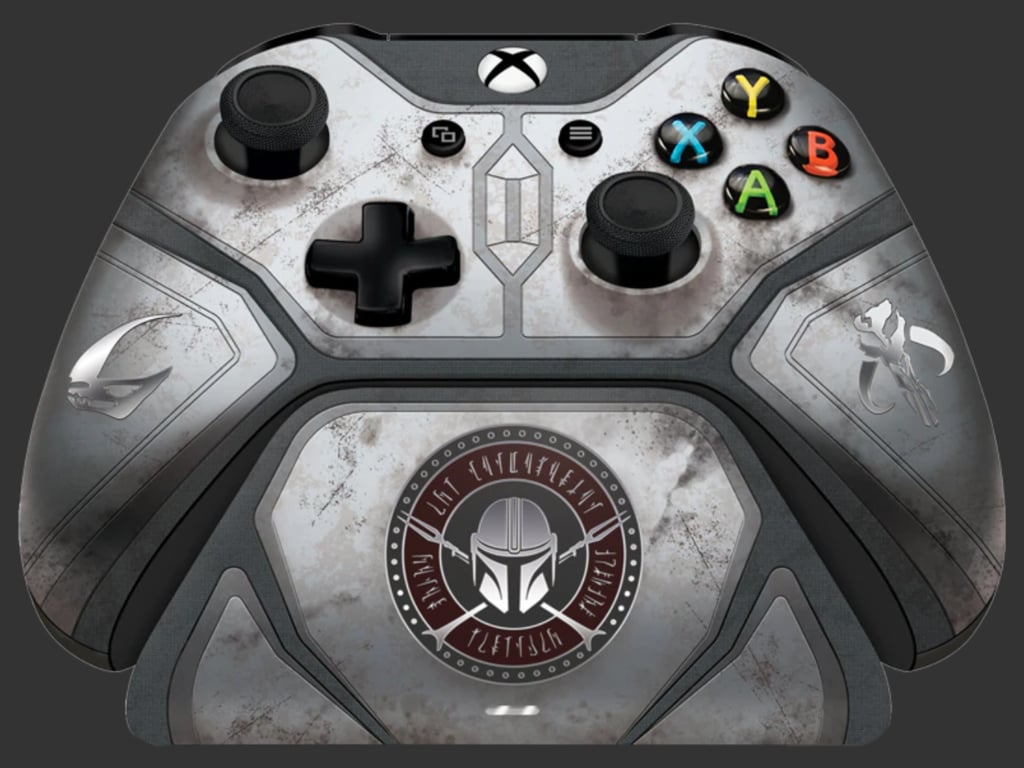 An official wireless Xbox controller and charging stand set inspired by the The Mandalorian was announced earlier this morning and pre-orders for it are now live.

The controller and stand are due for release on December 31st and feature iconography from the popular Disney+ Star Wars TV series such as the Mandalorian’s sigils and helmet and The Child (aka “Baby Yoda”) on a surface design that resembles scratched beskar (the fictitious metal used to make Mandalorian armor).

While cool-looking, the timing of this controller set is rather odd as it’s based on the current Xbox One generation model which will be succeeded in November by the new model coming out with the Xbox Series X console. Also, while Season 2 of The Mandalorian is set to debut on Disney+ this Friday, the season will likely be over by December 31st which feels like a bit of a missed opportunity.

Hardcore Star Wars fans likely won’t care about the odd timing and the controller will still work with the Xbox Series X (and Xbox Series S) but it still is a bit strange.

Are you going to pick up this new Star Wars controller? Are you hyped for The Mandalorian Season 2? Let us know in the comments below and then follow us on Pinterest and Twitter for more Xbox gaming news.