Digital pre-orders have now opened for the LEGO Brawls video game on both Xbox One and Xbox Series X console families ahead of its September 2nd launch.

LEGO Brawls is a fighting game in the vein of Nintendo’s Smash Bros franchise and boasts a massive variety of family-friendly LEGO minifigs to play as and against due to the ability to customize and create your own character.

The game will support online matches with up to eight players playing simultaneously and will feature cross-play with other platforms.

Dream up the ultimate Minifigure brawlers and bash your way through all of your favorite LEGO® themes in the first team action brawler set in the LEGO universe. Play with friends at home or around the world and see how you stack up against the competition.

Design your ultimate LEGO Minifigure hero with unique style, strategy and personality. A cactus with an attitude? A scrappy janitor ninja who happens to have fighting chickens? A sledgehammer-swinging clown with a few scores to settle? Sure! Build the ultimate brawler and level them up with unlockable content!

From the swashbuckling shores of Barracuda Bay, to the waterlogged caverns of Ninjago® Seabound, to a dusty wild west saloon and the mythical Monkie Kid jungle, all of your favorite LEGO themes are brawlable! Collect unlockable minifigures, power-ups, and emotes along the way.

CROSS-PLAY WITH FRIENDS ACROSS PLATFORMS

Team up and brawl 4v4, party with friends, or play a battle royale-style game mode where it’s “every-player-for-themself”. With multiple game modes, levels have unique challenges and win conditions.

BATTLE AND BUILD YOUR WAY TO THE TOP OF GLOBAL LEADERBOARDS

How tough are you? Battle to the top and track your rank against everyone else in the world! Do you have what it takes to be the best?

After a different type of Xbox LEGO game? The Star Wars LEGO: The Skywalker Saga launched just a few months ago and has been very well received by players and critics. It even has a few fun glitches that are worth checking out. 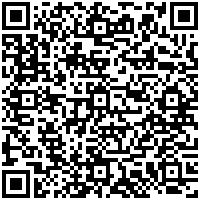 The Xiaomi Book S is the latest Windows on ARM device, sporting the Snapdragon 8cx Gen 2