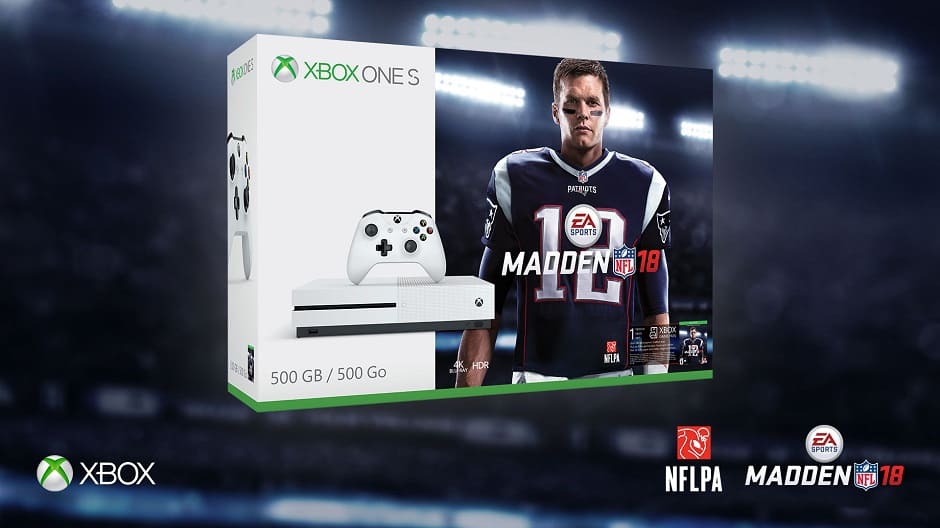 Electronic Arts is currently getting ready to release its latest EA Sports video games, and the publisher will kicks things off this summer with Madden NFL 18, to be released in North America on August 25. On this occasion, Microsoft has announced today a new Xbox One S Madden NFL 18 bundle, which is available to pre-order today before its launch on August 25.

"Xbox One S continues to be the best value in games and entertainment, and the Xbox One S Madden NFL 18 bundle (500GB) is just one more fun-packed deal for gaming and football fans this year," shared Microsoft on Xbox Wire. The bundle can be yours for $279 and includes the following items:

As for the game itself, Madden NFL 18 will feature a brand new story mode called Longshot, which sounds quite similar to the he story-based Journey mode that was introduced in FIFA 17 last year. Microsoft says that the game will also receive a free update with visual enhancements for the Xbox One X when the new console starts shipping this Fall.

You can preorder the Xbox One S Madden NFL 18 bundle on the Microsoft Store and participating retailers starting today, let us know in the comments if you think this is an interesting bundle for fans of the American football video game series.