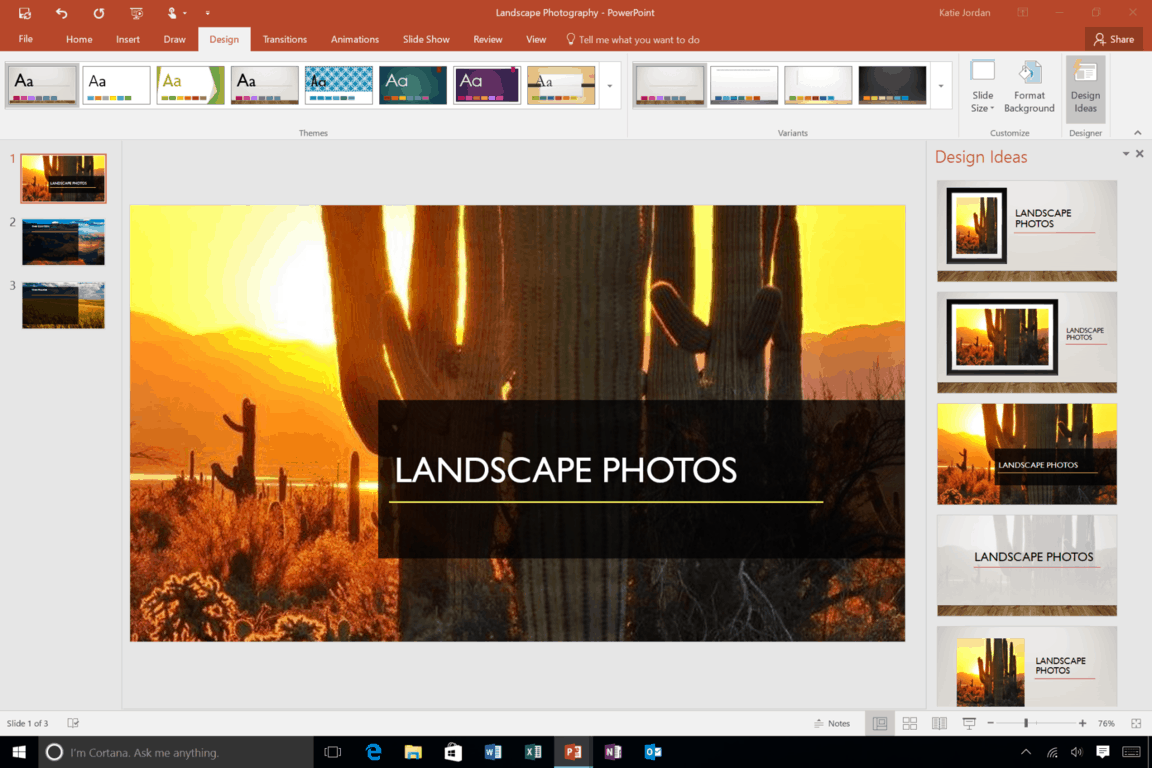 Microsoft has just announced some big updates for PowerPoint Designer, the AI-powered feature that can suggest you design ideas for your slides. More than one billion slides have been created with PowerPoint Designer since launch, the company revealed today, adding that Designer is getting three new features to ease the process of creating compelling slides.

The first addition is Designer for branded templates, which make the AI-powered recommendations much more relevant when using an organization’s template. For PowerPoint users who won't start with a branded template, the new theme ideas in Designer will also make it easier to kick things off. Lastly, PowerPoint will be leveraging Microsoft Research’s Perspective Engine to add some context to numerical slides. “For example: The size of Afghanistan, which is 652,232 km², is hard to interpret, but adding that it’s “about equal to the size of Texas” makes it easily understandable,” the company explained.

In addition to these Designer updates, the most interesting announcement Microsoft made today is Presenter Coach, a new rehearsing tool that’s coming first to the PowerPoint web app. “This feature allows you to enter rehearsal mode and while speaking you receive on-screen guidance about pacing, inclusive language, use of filler words, and culturally insensitive phrases. It even lets you know when you’re just reading off the slide,” the company explained. This sounds like a great feature to improve your presentation skills, and you can see how it works in the video below.

Presenter Coach will go live in the PowerPoint web app later this summer, and Microsoft didn't say today if it would also be coming to the desktop apps on Windows and Mac.