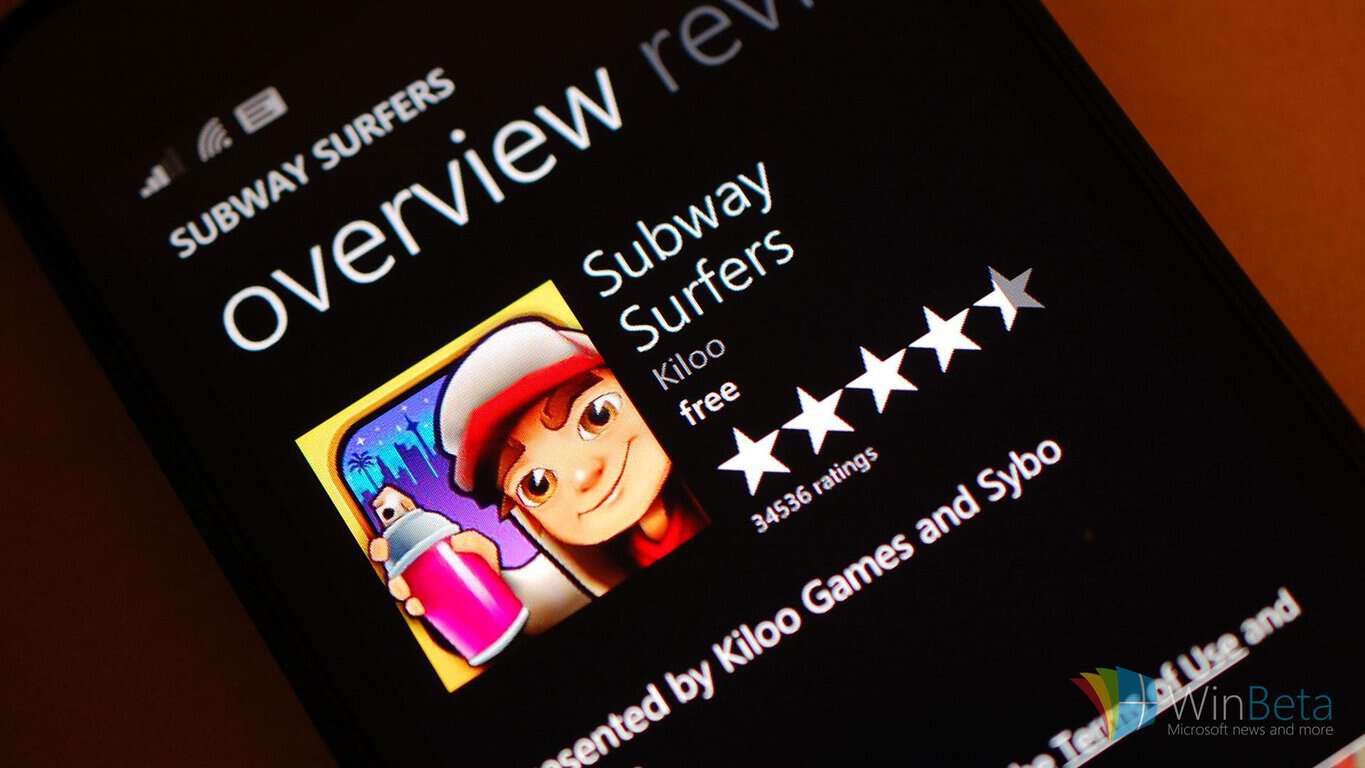 An email sent to a customer from the Kiloo support team (which is cited in the original report) notes the Cairo update for Subway Surfers on Windows 10 Mobile will be the final update for the game. The email also points to the "Platform owner" (Microsoft) as a reason for the decision.  See the full email below:

Hi Frank,.
Thanks for being a loyal player on the Windows platform!
Unfortunately, Cairo is the last update for subway surfers on the platform. You can keep enjoying the game, but we will not release further updates, due to the development plan of the platform owner.
Best regards,
Kiloo

The news should not be shocking, as the developer likely wants to focus their attention and energy towards the more popular iOS or Android platforms. Subway Surfers should continue to run fine on Windows phones, but you'll now have to switch platforms to enjoy the new game content.