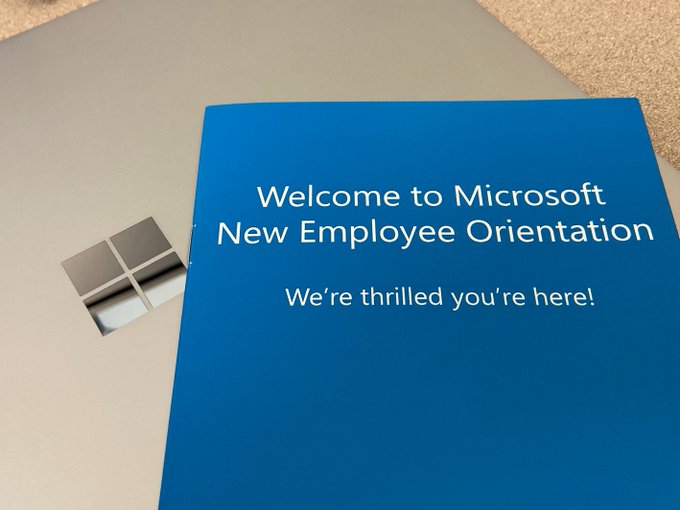 Clint Rutkas, a popular Microsoft Product Manager who left for Facebook five months ago announced yesterday that he’s coming back to Microsoft. Rutkas’s new title is Program Manager on PowerToys, which are a set of Windows tools for power users. Microsoft actually released a first preview of PowerToys utilities for Windows 10 back in September.

Thrilled to rejoin Microsoft to help make Windows the best developer platform on earth. I'll be the PM on PowerToys and a few other aspects. If something isn’t working as you expected, have a q, or feature idea, please reach out! #winDev #superExcited pic.twitter.com/wbnieYqZg1

For those unfamiliar with him, Rutkas used to be a Senior PM focusing on the developer platform at Microsoft, and he joined Facebook as a Developer advocate back in June. His departure preceded the one from Gabe Aul, the former Chief of the Windows Insider Program who became Vice President at Facebook two weeks after Rutkas had joined the big blue app.

Rutkas didn’t really elaborate on his brief stint at Facebook, and he had nothing but praise about the Facebook Open Source team. "I decided this was a better fit for me. I love dev tooling,” he said in a separate tweet yesterday.

The team at @fbOpenSource were amazing. I decided this was a better fit for me. I love dev tooling.

The fact that Rutkas has been able to move back and forth between the two tech giants in such a short amount of time is quite interesting. Those high-profile jobs usually require employees to sign non-compete clauses that require a year or so before joining a competitor, and this is likely why Javier Soltero, the former boss of Outlook and Cortana, waited almost a year to announce that he was joining Google as head of G Suite.

We won’t know for sure about the secret handshakes and cloak and dagger processes that happened in the background, but we wish Rutkas all the best for his new role at Microsoft, and we’re looking forward to see him push PowerToys on Windows 10 to the next level.

How to listen to webpages and articles aloud in Edge Insider