Microsoft’s own Wunderlist isn’t the only solid task management service on the market. Todoist is another, offering up a similar set of to do tools to help individuals and groups stay organized. Just like Wunderlist, Todoist is on a number of platforms, including Windows Phone, and they’ve had a Universal Windows App in beta available for some time now.

Today, the company announced on Twitter that the Window 10 app will be officially available starting tomorrow, April 5, 2016.

We wrote about the service on a few occasions, and you can check out our video overview of the Todoist Windows 10 Preview app below. Suffice it to say; Wunderlist has some real competition for anyone looking for a solid task management solution that spans multiple client platforms.

Note that Todoist is free to use, but that some of its more advanced features require a subscription. However, at $28.99 right now for a full year of premium features, Todoist is a relative bargain for anyone who wants to keep on top of things (particularly with teams). Some of the things you receive with the subscription include labels and reminders, adding tasks via email, automatic backups, and more.

You can download the preview from the link below. Or, just wait until tomorrow when the app goes live. 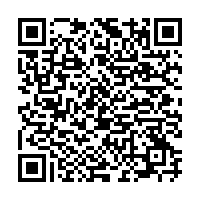 Microsoft explains how the Windows 10 Feedback Hub came to be