Popular image-editing apps from Macphun are coming to Windows this fall - OnMSFT.com Skip to content
We're hedging our bets! You can now follow OnMSFT.com on Mastadon or Tumblr! 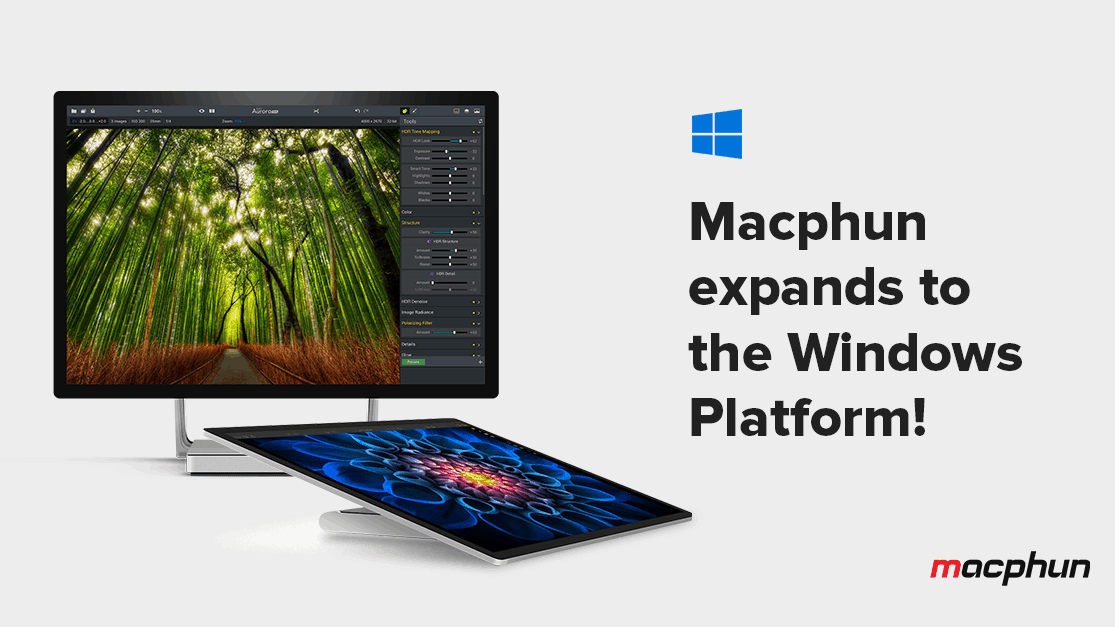 Macphun, the California-based developer of comprehensive photo-editing apps, has shared that the company will bring its apps to Windows users in the fall of 2017. Established in 2008, Macphun has created a multitude of innovative photography software like Snapheal, Focus, Intensify, Tonality, Noiseless, FX Photo Studio, Aurora HDR, and Luminar.

Apps from Macphun have been rated very highly on the Apple App Store and the company’s flagship product - Luminar - won the prestigious TIPA award for Best Imaging Software 2017 only 5 months after its launch.

“We have been delivering award-winning products to Mac users for almost a decade, and now are very excited to bring Windows users products they have frankly been missing in the PC market. Combining power and simplicity, Luminar and Aurora HDR give users a new way to express themselves through striking images they can create within minutes.”

The all-in-one photo editor offers smart, cutting-edge solutions to make complex photo editing processes simple and straightforward. Luminar furnishes an innovative user interface that adapts to the user’s skill level, and includes dozens of creative photo filters, and over 300 other tools that together help photographers create bold images in minutes.

Macphun’s best-selling photo editors, Luminar and Aurora HDR, aim to bridge the gap between professional and consumer image-editing tools. Macphun will be launching a public beta of Luminar in July with the final version along with the new version for Mac in November. The full new version of Aurora for Mac and Windows will release simultaneously in October.

Cristiano Ronaldo chosen as the face of FIFA 18, coming to Xbox One September 29th