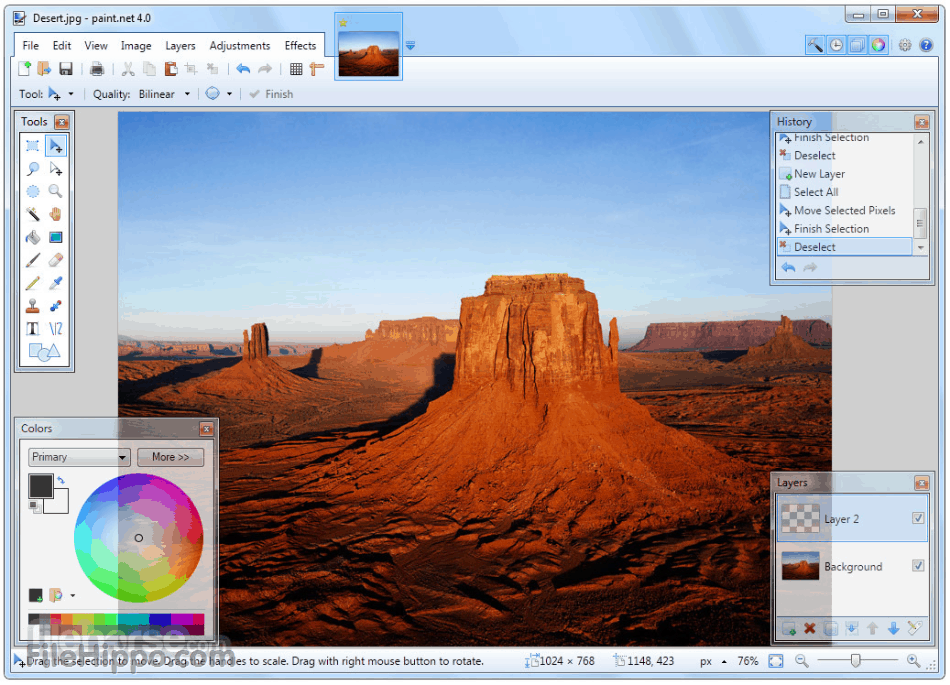 Back in 2004, when Paint for Windows wasn't 3D or even very good, a Washington State University student created Paint.net, a free .Net based image and photo editor that became a bit of a sensation. The program, which boasts both traditional Windows and Windows Store versions, has just been updated to version 4.1, bringing with it a number of new features and enhancements.

At the top of the list is the conversion of some effects in Paint.net to use the GPU, resulting in "phenomenal" performance gains:

Gaussian Blur is actually fast now and no longer takes ages to complete for large images or radii, and the same goes for both Motion Blur and Radial Blur (although Radial Blur does currently need a pretty powerful GPU). A few other effects were converted for the sake of completeness and for my own learning, and there are two new ones (Morphology and Turbulence). This is where most of my time (the aforementioned "last 7 months") and sweat was spent: getting a GPU-based effect rendering system up and running end-to-end was no small feat! Expect to see more effects converted over to the GPU in subsequent updates as this tech matures. I am also planning to make the GPU available for plugins to use in a future update.

The update also includes copy/paste for selections, bicubic sampling for the Move Selected Pixels tool, and +/- controls for Tolerance and Hardness. If you're looking for a Windows based, full featured image and photo editor, check out Paint.net!