Pop out chat window in Microsoft Teams to start rolling out next month - OnMSFT.com Skip to content
We're hedging our bets! You can now follow OnMSFT.com on Mastadon or Tumblr! 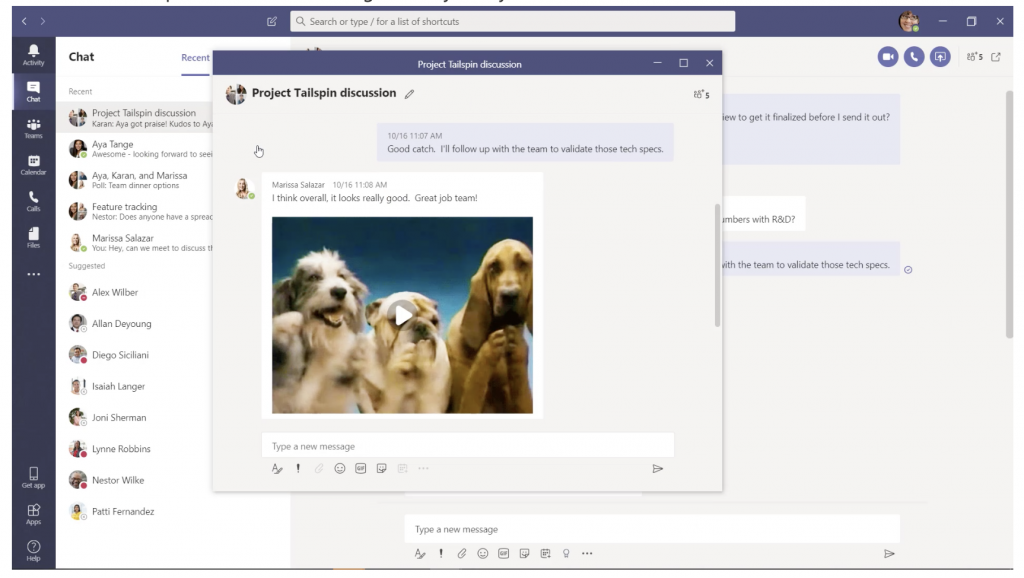 Microsoft Teams will soon provide a better messaging experience by allowing users to pop out chat conversations into separate Windows. According to the Microsoft 365 roadmap, this feature will start rolling out to Windows users in early April, with Mac and Linux users to follow “in the coming weeks”.

Here it comes: pop-out chat windows for #MicrosoftTeams. 15,000+ votes on UserVoice. Starts rolling out in April. Finished by the end of May. Here are the details: https://t.co/twSrVhswFz #Office365 pic.twitter.com/cBsrxcFFlc

Multi-Window Chat support for Microsoft Teams was first announced last year at Ignite, and it’s one of the big new features coming soon to Microsoft Teams this Spring, along with the ability to chat and call with Skype users. Teams' upcoming multiwindow capabilities will also allow users to pop out meetings, calls or documents into separate windows.

Microsoft Teams is one of the fastest-growing apps in the Office 365 ecosystem, and the software giant announced last week that it had reached 44 million daily active users. The app is seeing increased usage during the ongoing coronavirus outbreak, and it's good to see Microsoft focused on improving the messaging experience.