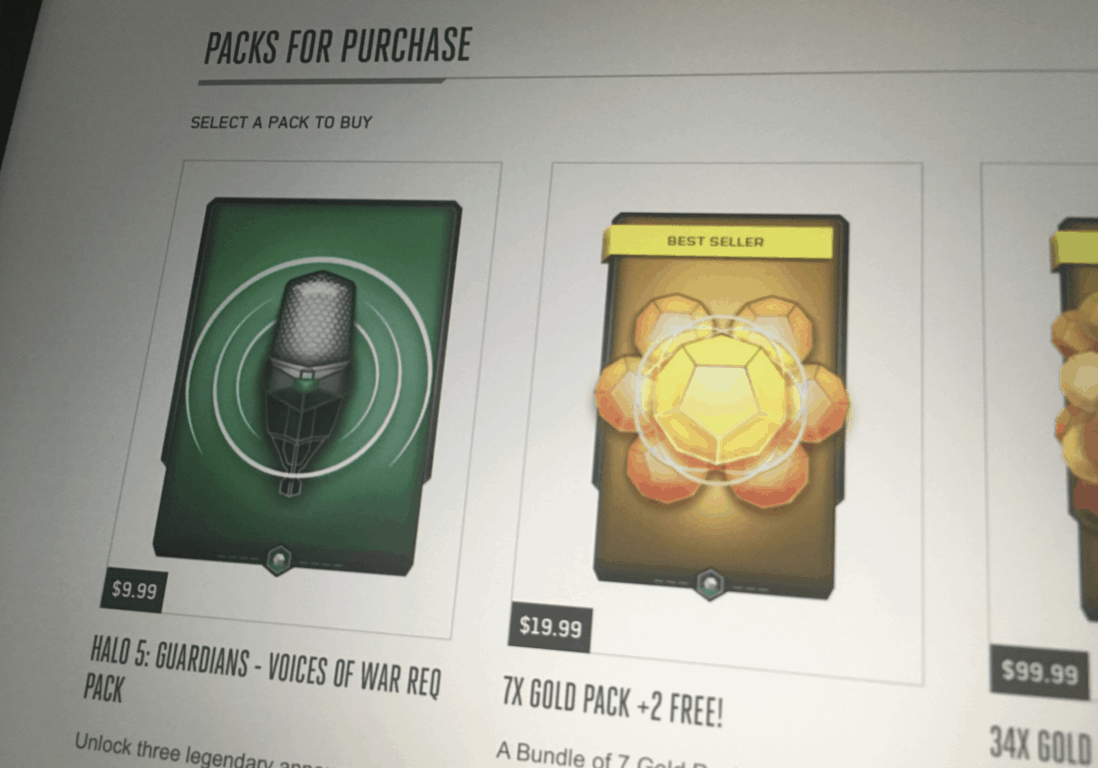 Earlier this week, we learned some interesting news about Halo: Infinite, the successor to Halo 5 that was announced back at E3 2018. Elizabeth Van Wyck, Head of Business, Operations & Esports for the Halo Franchise said that Halo’s popularity in esports would be “a key piece of how we think about how we built out multiplayer.”

You all are so stupid. You want more content after the game is released and want it for free. That content cost money and you don't want payed DLC. H5 Has support because micro transactions. They said it would be more like fortnite but also have a way to get the content in game.

So, we want to ask you a simple question: Do you they bother you in AAA games? It's not exactly clear if Microsoft Studios games could better stand out if without any form of microtransactions, but you may think that Microsoft already has more than enough money to afford not to putting them in its first-party games.

To be fair, many AAA games these days come with microtransactions, and that’s usually fine as long as it doesn’t turn into a pay to win system. So far, Microsoft hasn’t crossed that line in its first-party games, but the company has received criticism for other things such as the overvalued $44.99 Gears of War 4 Season Pass or the undervalued VIP rewards in Forza Motorsport 7.

Recent Microsoft Studios games have avoided controversy, though it’s worth reminding that Rare is planning to bring purely cosmetic microtransactions to Sea of Thieves at some point. As for State of Decay 2, developer Undead Labs said the game won't get any microtransactions in the future, though the brand new $9.99 Daybreak Pack has been considered by some fans as too expensive for an unoriginal Horde mode.

It would be nice to have some consistency between Microsoft's internal studios, but we also have to leave Microsoft some room for experimentation. We still have very few details what 343 Industries plans to do with microtransactions in Halo: Infinite, but we're pretty sure that Microsoft won't risk alienating its fans with like EA did with Star Wars Battlefront 2 and its infamous loot boxes.

Digital pre-orders open for Devil May Cry 5 on Xbox One, Megaman item revealed