Play Xbox One, PS4, and PC video games in VR on one device - OnMSFT.com Skip to content
We're hedging our bets! You can now follow OnMSFT.com on Mastadon or Tumblr! 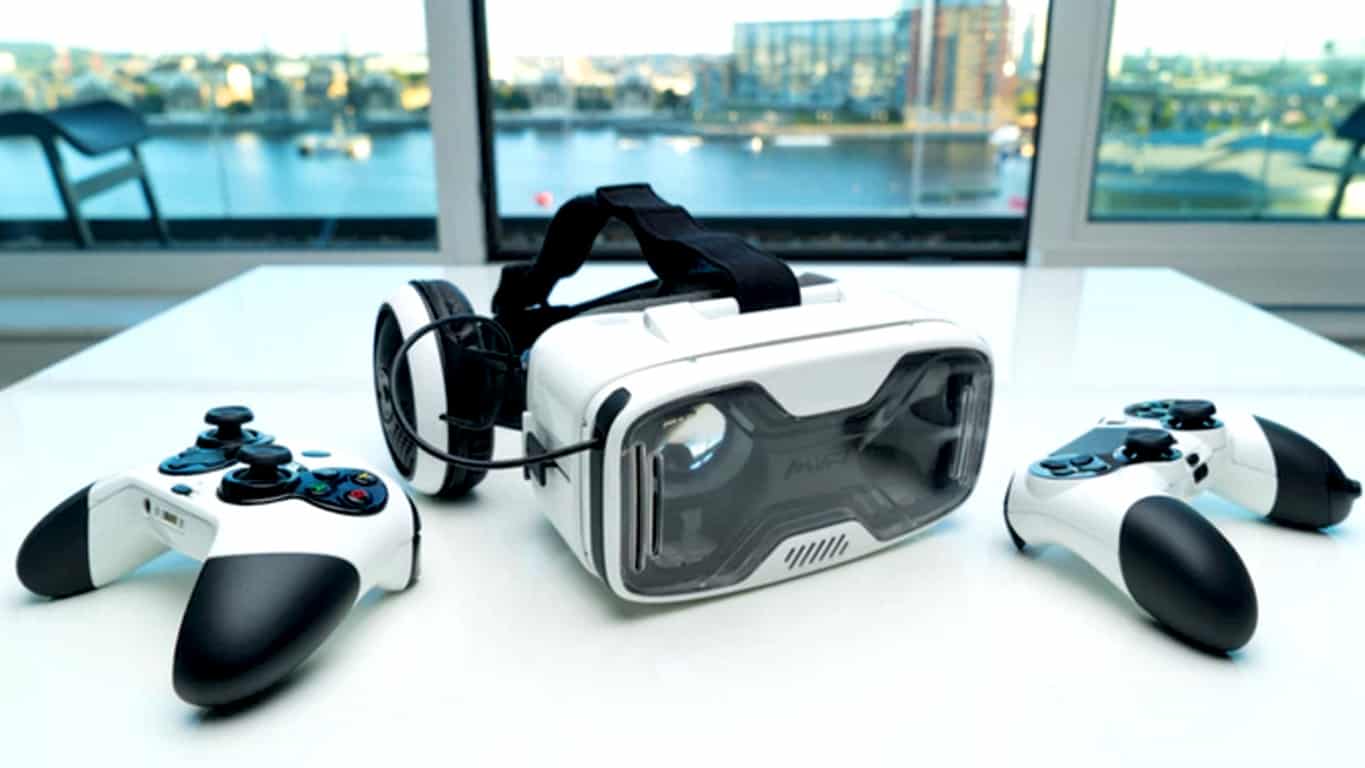 A group of developers have come up with a concept for a new device that would allow for gamers to play video games from the Xbox One, PlayStation 4, and PC game libraries and play them in VR. The device is called, the MVR Ascend, and it’s a tether-free virtual reality headset and controller that relies on a smartphone for most of its functionality. It has the potential to be pretty big… if it gets funded.

The MVR Ascend is relying on a Kickstarter campaign to get it off the ground and the team behind it currently has £14,772 of their £150,000 target. Here’s their official campaign description.

MVR has been set up by a group of technology enthusiasts who are keen to bridge the gap that exists in the VR gaming world today. There are some amazing devices currently available but some of them are a bit expensive, have limited games and physically tether you to a computer/console, while others are affordable and tether-free but allow you to only play basic smartphone apps.

We wanted to play our favourite AAA games in VR (not just apps or short unknown games), we wanted to be tether-free (so we don't get wrapped up in a wire while doing a 360 degree turn) and importantly, we wanted something affordable! That's why we created the MVR Ascend - The only VR system that is able to play existing and future PS4, Xbox One and PC games in tether-free VR. Our headset can also be used to play VR/AR apps as our system is smartphone based, so your screen quality evolves as you upgrade your phone.

So join us in this VR revolution and lets take gaming to the next level!

The MVR Ascend Kickstarter campaign only has 48 hours left and it will be interesting to see if they reach their goal and what they’ll do if they don’t. Do you think this concept is a cool idea? Share your thoughts with the community in the comments below.

5 reasons to be excited for Microsoft's Surface Studio