There are many applications that the Microsoft HoloLens could be used for. Originally conceived as a potential gaming peripheral, the augmented reality headset has since become the next big thing in enterprise app development. However, some still hold hope for the device's gaming potential.

Once such example is Globacore, a Canadian technological design firm that loves creating promotional material in the form of video games and digital interaction. The firm's latest is a return to a 90's classic platforming game, Lemmings, in mixed reality (via Gizmodo.)

Lemmings was a puzzle platformer that revolved around maneuvering the little green-haired creatures to follow the leader from start to finish without losing too many of them in the level. The project, fittingly called HoloLems, has the same gameplay with the added twisted that the lemmings aren't walking on a screen but instead navigated through the user's environment including tables, couches, and so on.

The game is already released on the Windows Store where users that have one of the few thousands HoloLens dev kits out there can get it for free. 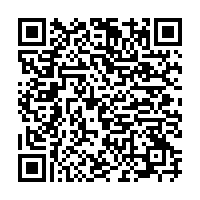 Hands-on with Windows 10 Creators Update, everything you need to know (video)