Ken Follett’s The Pillars of the Earth released yesterday on the Microsoft Store as the newest title for Xbox Live. The title, based on the book, is an interactive episodic adventure based on story telling and decision making.

Welsh author Kenneth Martin Follett's classic The Pillars of the Earth stunned readers in 1989, making it to the New York Times best-seller list for 18 weeks. It has sold 18 million copies so far. The game retells the story of the village of Kingsbridge and its inhabitants.

12th century, England: In a time of great poverty and war, a small town begins the construction of a cathedral to claim wealth and security for its people. In their struggle to survive, lives and destinies intertwine. Philip the monk becomes prior of the small abbey of Kingsbridge. At the same time, a boy called Jack is raised in the woods by his outlawed mother. His apprenticeship as a stonemason paves his way to become a gifted master builder. Together with the disgraced noblewoman Aliena, Jack and Philip begin the construction of one of the greatest cathedrals England will ever see.

Following in that tradition, the novel's video game adaptation is being released as three books, each with seven chapters within. Purchasing the game's season pass includes all three books as they are released.

Ken Follett’s The Pillars of the Earth is available to purchase now on Xbox Live for $39.99 USD. You can check it out in the store page by following the link below. 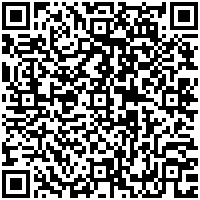 Okami HD rumored for Xbox One release this year