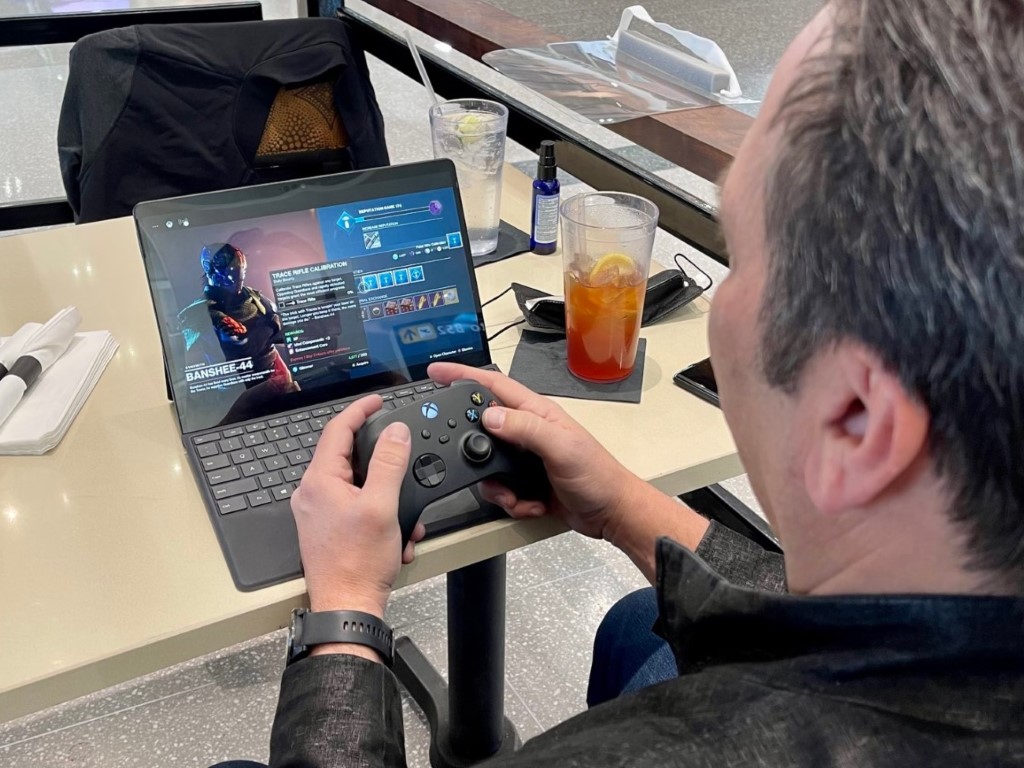 There's a rumor going around that Microsoft could be holding a "What's new for gaming" Xbox event on March 23, and cloud gaming is expected to be one of the main themes. While Microsoft has yet to officially announce the event, Xbox head Phil Spencer has apparently started doing some teasing on the Twitter account of Xbox marketing exec Aaron Greenberg.

Following their trip to Bethesda's headquarters in Rockville, Maryland, Greenberg offered some behind-the-scenes details in a long Twitter thread, with one of the pictures showing Phil Spencer playing the cloud-enabled Xbox version of Destiny 2 on a Surface Pro X tablet. "If you ever wonder what Phil does while waiting for his plane, he is always streaming his Xbox games to whatever device he has with him on the go," wrote Greenberg.

11/ If you ever wonder what Phil does while waiting for his plane, he is always streaming his Xbox games to whatever device he has with him on the go! #XBOSS 💚🙅🏼‍♂️🎮 pic.twitter.com/6zP2WgAXER

It's been known for a while that Microsoft has been internally testing a Project xCloud app for Windows 10, as well as a web-based version of the cloud gaming service. If Microsoft were to indeed hold an Xbox event next week, it would make sense for the Windows 10 and web versions of xCloud to be announced there. After all, it's believed the event is for Microsoft to discuss the future of Xbox, and Xbox Cloud Gaming is a big part of this.

Given that Xbox Game Pass has now passed 18 million subscribers, and Microsoft just acquired Bethesda Studios, it would be great if we can finally get xCloud on Windows 10 and other devices. Currently, Xbox Cloud Gaming is only available on Android devices, which severely limits its scope compared to other game streaming services like Amazon Luna, or Google Stadia.