Microsoft’s cloud gaming service (previously referred to as Project xCloud) has been getting a lot of buzz recently with its addition to the company’s Xbox Game Pass Ultimate subscription service and launch on Android smartphones and tablets.

While the service is currently being heavily marketed towards Android users, Phil Spencer has confirmed via his personal Twitter account that there are still plans to bring cloud gaming to Windows PCs and Xbox consoles.

“Yes, we want to do this,” Spencer said in a reply to a user inquiring about this functionality. “It’s in the long list of cool things the xCloud team is working on, just a bit further down the list. But we want console and PC players to be able to browse as easily as mobile players, it’s a good gamepass feature.”

Cloud gaming was first announced back during E3 2018 where it was promoted as being a tool that could bring console-quality gaming to “any device.” Smartphones and tablets were specifically mentioned at the time by the use of “any device” lead lots of Xbox fans to assume that cloud gaming would eventually come to computers and consoles as well. 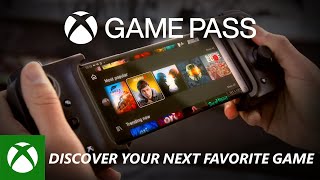 Microsoft’s cloud gaming service (previously referred to as Project xCloud) has been getting a lot of buzz recently with its addition to the company’s Xbox Game Pass Ultimate subscription service and launch on Android smartphones and tablets. While the service is currently being heavily marketed tow

The delay of cloud gaming on existing Xbox consoles does make a lot of sense as the feature could technically allow for next gen games to be played on current gen consoles which would make hardware upgrades pointless. At least in areas with solid internet speeds. This is likely something Microsoft wants to avoid even though many are already having similar upgrade doubts with most Xbox Series X games being playable on the Xbox One.

Before the Xbox Series X and Xbox Series S were revealed, many speculated that Microsoft could launch a streaming-only Xbox console though this was shut down by Spencer himself last year.

Cloud gaming on PC has very much been previously confirmed, however, with Microsoft stating as much at XO19 and Qualcomm announcing their support for the initiative in late-2019.

An official Windows 10 cloud gaming app has also been leaked which suggests that support for the platform is very much in active development.

Unfortunately, it’s looking as if iPhone and iPad owners may have to wait a while for Xbox cloud gaming to launch on iOS as it, and several other cloud gaming services, have been prevented from launching on the platform due to Apple’s strict App Store rules.