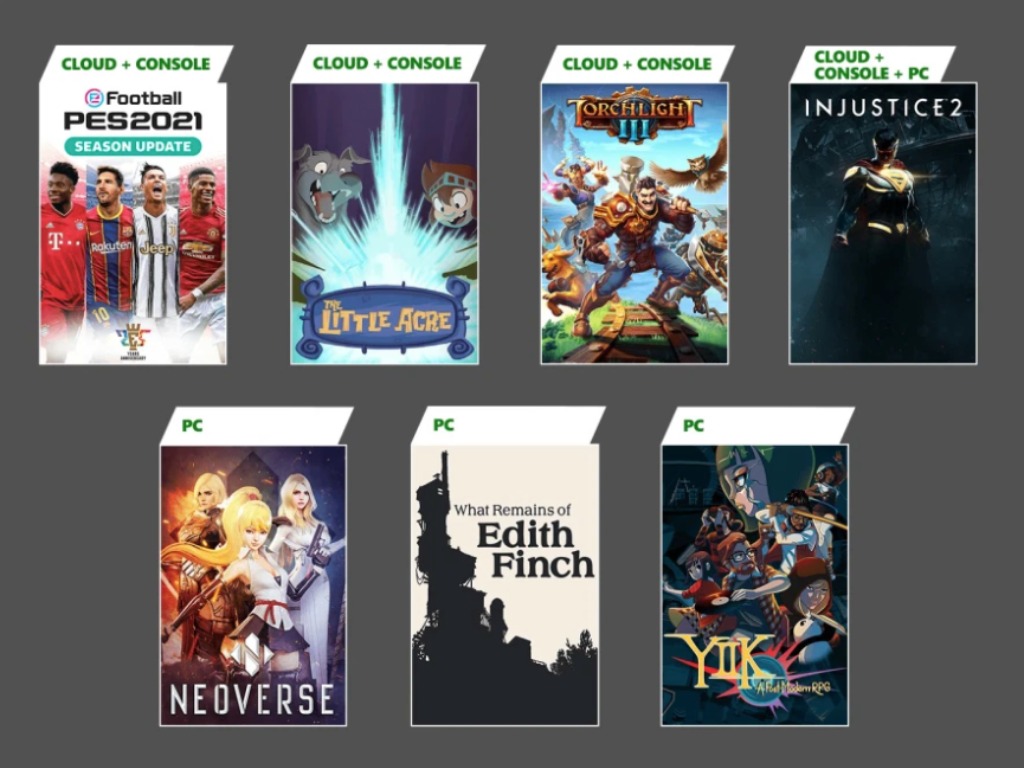 Microsoft has just announced the first new Xbox Game Pass games coming to the game subscription service in 2021. In total, seven new games will join the catalog in January, and the headliners include the fighting game Injustice 2 and the freshly-released soccer game PES 2021.

As usual, not all of these new games will be available on Console, PC, and Android, and you can find the full details below:

Four games will also leave the catalog next week on January 15: The list includes FTL: Faster Than Light (PC), My Friend Pedro (Console & PC), Sword Art Online: Fatal Bullet (Console), and Tekken 7 (Console). As usual, these departures will likely be compensated by a second wave of new Xbox Game Pass games to be announced later this month. A couple of days ago, the Xbox Game Pass team also teased on Twitter the return of a high-profile game that left the catalog in the past couple of months.