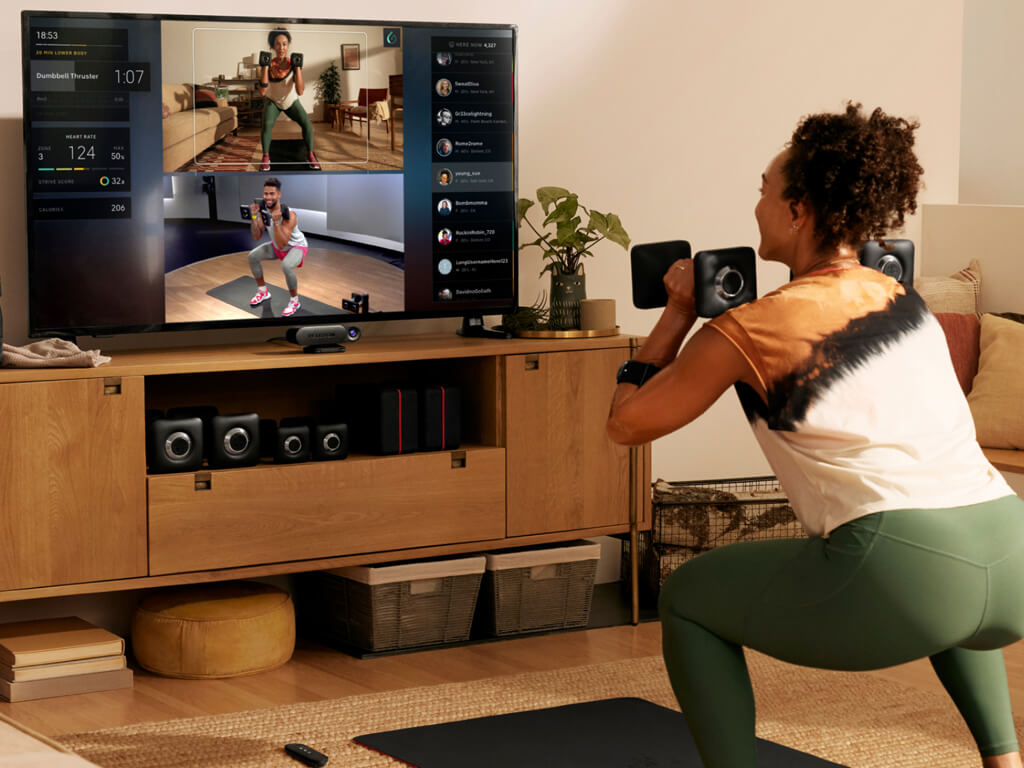 The Peloton Guide, which was announced in late-2021 for a 2022 release, can be purchased from the official Peloton website for a one-off payment of $295 or paid off monthly for $13 per month. A $545 ($23 per month) Guide Strength Starter bundle is also available which includes the Peloton Guide camera, three sets of dumbbells, and a workout mat.

Peloton enthusiasts looking to get really serious with their home workouts can invest in the pricey $935 ($39 per month) Guide Power bundle which includes the Guide, a workout mat, six dumbbells, and a separate heart rate monitor device.

Currently, the Peloton Guide’s tracking features only support Peloton’s on-demand Strength classes though support for other workout styles and live classes is planned in a future update. A separate $24 monthly Peloton All-Access Membership subscription is required to access all of these workouts.

The Peloton Guide will seem remarkably familiar to those who owned one of Microsoft’s Xbox One video game consoles as it seems to work almost exactly the same as the Xbox One’s Kinect sensor and the Xbox Fitness service that launched with the Xbox One in late-2013, almost a decade ago.

Xbox Fitness boasted a large selection of on-demand workout videos that could be accessed by all Xbox Live Gold subscribers and the Xbox One’s Kinect, a marked improvement on the Xbox 360 console’s Kinect sensor, could track body movements, the level of stress being applied to specific muscle groups, and even a user’s heartrate, something the brand new Peloton Guide can’t actually do and needs a separate device for.

Xbox Fitness had an incredibly passionate userbase during its time though it was eventually shut down by Microsoft in mid-2017 as part of the rather frustrating shift away from motion gaming and Kinect functionality on Xbox consoles.

Microsoft’s Xbox One Kinect and console where very much ahead of their time when it came to features such as voice and gesture controls and now it seems that fitness tracking can be added to this list. Not only is Peloton this week picking up where Xbox Fitness left off but Sky TV is also exploring motion gaming with their new TVs (ironically with the help of Microsoft) and there are several smartphone fitness apps which now also offer limited body tracking via smartphone and tablet cameras.

The sudden renewed interest in motion-tracking in the health and wellness space is likely pretty infuriating for Xbox Fitness fans and those who worked on the initiative who knew just how much potential it had and wished Microsoft would have continued supporting it.

It’ll be interesting to see if Microsoft ever decides to resurrect the Kinect and motion gaming given how mainstream such concepts are nowadays. The tech giant is apparently working on some kind of new Xbox-related project which could see a release sometime soon. Could it be a new Kinect? Fingers crossed.