With the upcoming 19H1 update for Windows 10, the company will apparently give Windows 10 Home users more control over Windows updates.

In case you missed it, the “pause updates” experience has been revamped in recent 19H1 builds, with the option to pause updates being front and center on the main Windows Update settings page. This option is also available for Windows 10 Home users for the first time, though Updates can only be paused for 7 days. 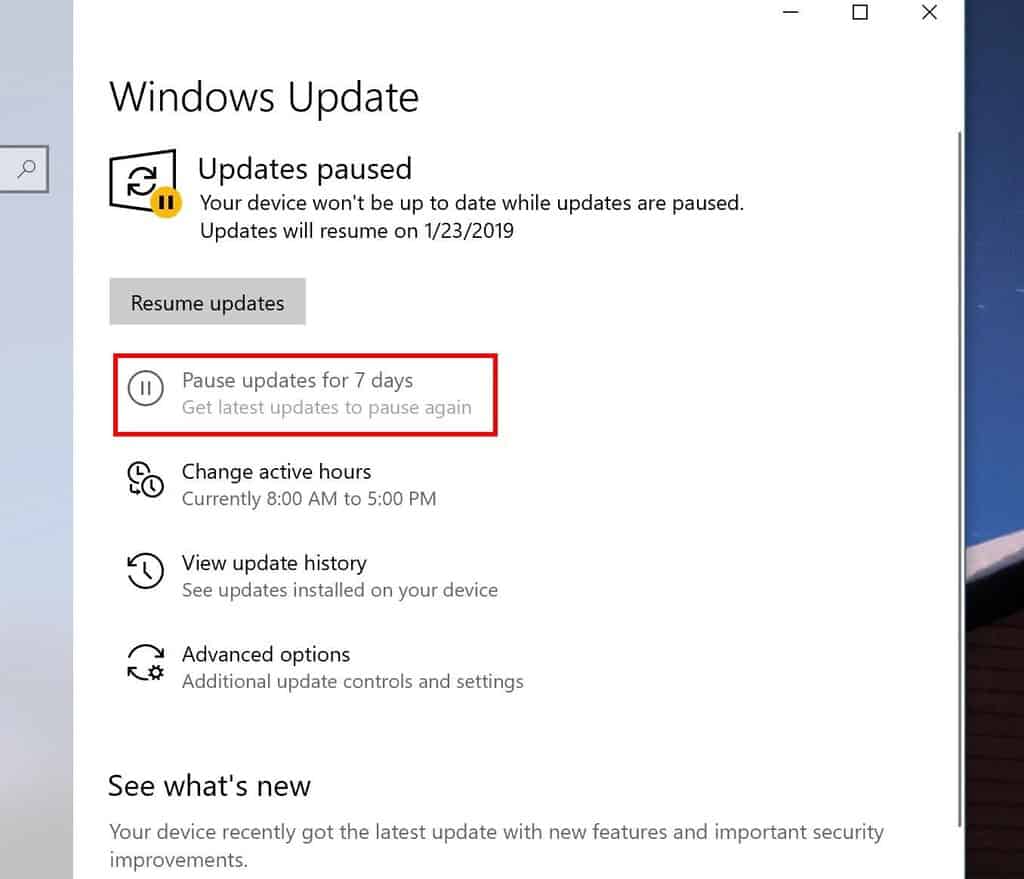 This has apparently changed in the latest 19H1 builds. After doing a clean install of the 19H1 build 18356 released yesterday, Reddit user Leopeva64-2 discovered in the Windows Update settings that he could now pause updates for 35 days on his PC with Windows 10 Home.

A Reddit user clean installed Build 18356 and found that Windows 10 Home users might be able to pause updates up to 35 days in version 1903https://t.co/iTcIzCg6HV

The change from 7 days to 35 days would put Windows 10 Home and Pro users on the same page, though to our knowledge, Microsoft has yet to publically address this change.

It probably wasn't really fair in the first place to require Home users to upgrade to Pro just to gain the ability to pause updates, and Microsoft should definitely offer more flexibility after the botched release of Windows 10 version 1809 last year.

However, ZDNet's Mary Jo Foley is hearing that this could be just some A/B testing from Microsoft, and it's not guaranteed yet that this feature will ship to Windows 10 Home users with the 19H1 update.

yeah. i asked them about it. Sounds like it might just be A/B testing (if anything). The PR team gave me a "we're always testing new things" blablablabla answer when I asked

Microsoft now releases several cumulative updates for different Windows 10 versions every month, and even though some of these updates are optional, it's quite convenient to be able to pause updates when you want it.

"Windows as a service" is a good idea that is sometimes poorly executed, so we hope Microsoft plans to finally allow all Windows 10 users to pause updates for 35 days. We should know more soon, but in the meantime, you can learn everything about how to pause Windows 10 automatic updates on our detailed post.