Path to end support for Windows Phone on December 31st 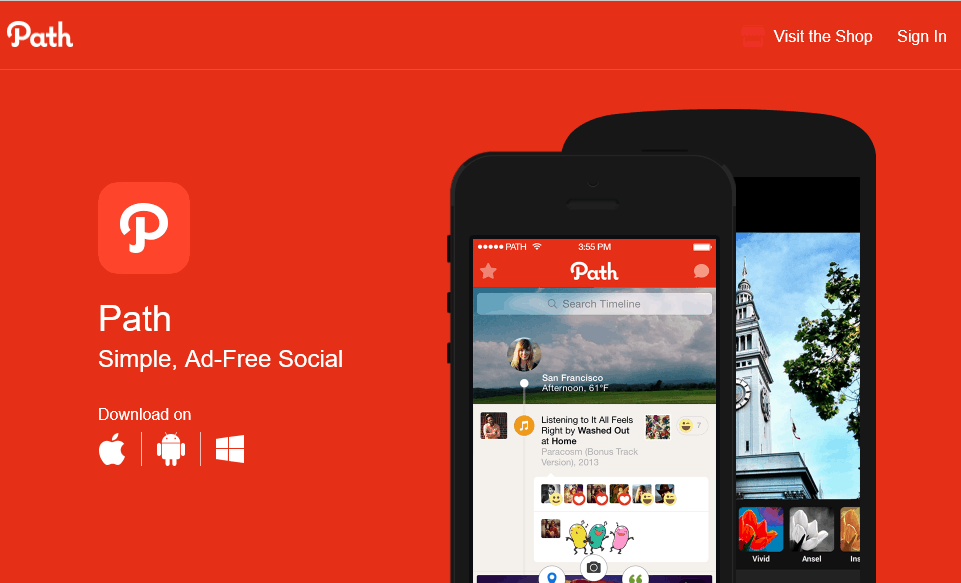 Well, that only lasted two years. Path, the popular social network sharing app, first appeared in private beta two years ago this month, but today, users were greeted with something less than a cheery holiday greeting, according to several reports on Twitter: 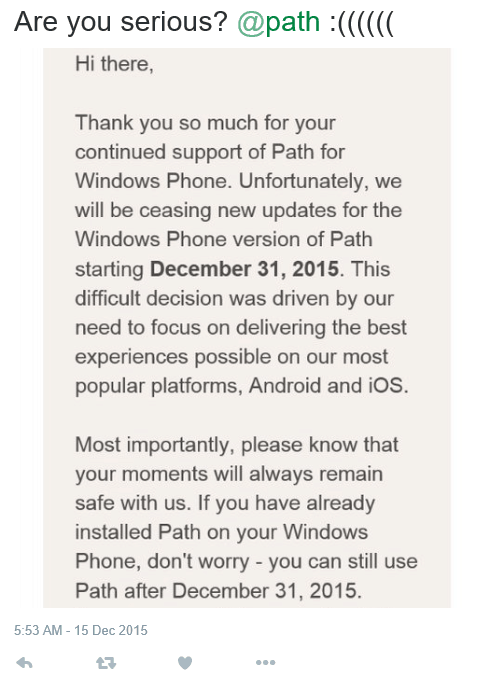 Apparently the folks at Path aren’t all that impressed with the direction Windows phones are heading, even with the promise of Universal Windows apps support. The theme, especially for small development houses, is a common one, and Path was  “driven by our need to focus on delivering the best experiences possible on our most popular platforms, Android and iOS.”

If you have Path on your phone, you can still use it after the December 31st, 2015 end of support, and if you have “moments” stored on Path, they’ll still be accessible for you (presumably on an Android or iOS device).