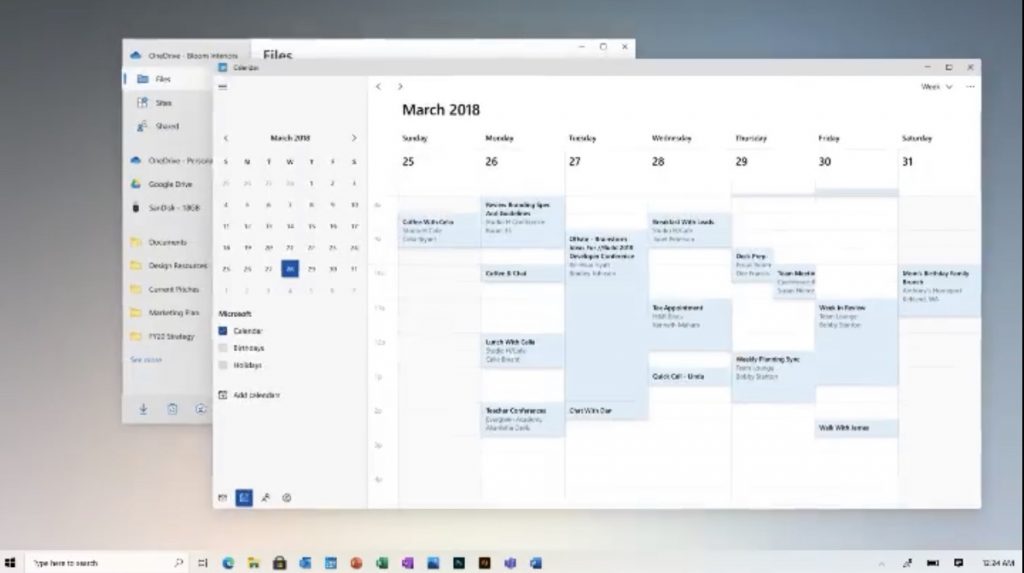 Today on his Instagram, though, the new head of Windows Client and hardware Panos Panay revealed a new video to celebrate the 1 billion mark. There’s a nice look at some moments in Windows history, as well as a preview at where Windows 10 could perhaps be going in the future under his leadership.

The team made this video to celebrate making it to 1 billion MAD on Windows 10 and I wanted to share it with all of you. Now at a time when so much of our work and communication is taking place through our devices, it’s especially humbling to know that Windows can help empower a billion people to stay connected to the things and people they care about #Windows

Seen above, the short clip introduces various versions of Windows from the decades, from the original Windows 1.01, Windows NT Workstation 4.0, Windows 95, Windows 2000, and the much-beloved Windows XP. We then get a look at how the Start Menu button and the Windows Logo itself changed between the generations.

Perhaps the coolest part, though, is how the video shows an instance of a Windows Hello lock screen and a montage of the Windows 10 desktop evolving. In this segment of the clip, we see Microsoft’s old boring Windows 10 icons morph away and into the fresher icons inspired by Windows 10X.

Appropriately, the video peaks with the message that Windows is now “designed for a new era.” Microsoft treats us to even more scenery of the old Windows 10 Teams, Notepad, Mail, Outlook, and Edge icons switching away into the modern iconography.

If you look closely towards the end, you might even see the Start Menu itself change to the one which was teased in a recent Windows Insider webcast. That’s then capped out by an exciting look at where Windows 10 might go in the future. We get a quick look at concepts for a modern File Explorer, cleaner context menus and some ways how Windows 10 can be “flexible how you work.” The modern File Explorer appears to be heavily inspired by the one in Windows 10X and looks to have the same UI as the OneDrive web experience.

All in all, this is a pretty cool video. It’s nice to see that Panos Panay is once again teasing us Microsoft fans, just as he does with new Surface devices. Did you like the video? Let us know in the comments below.