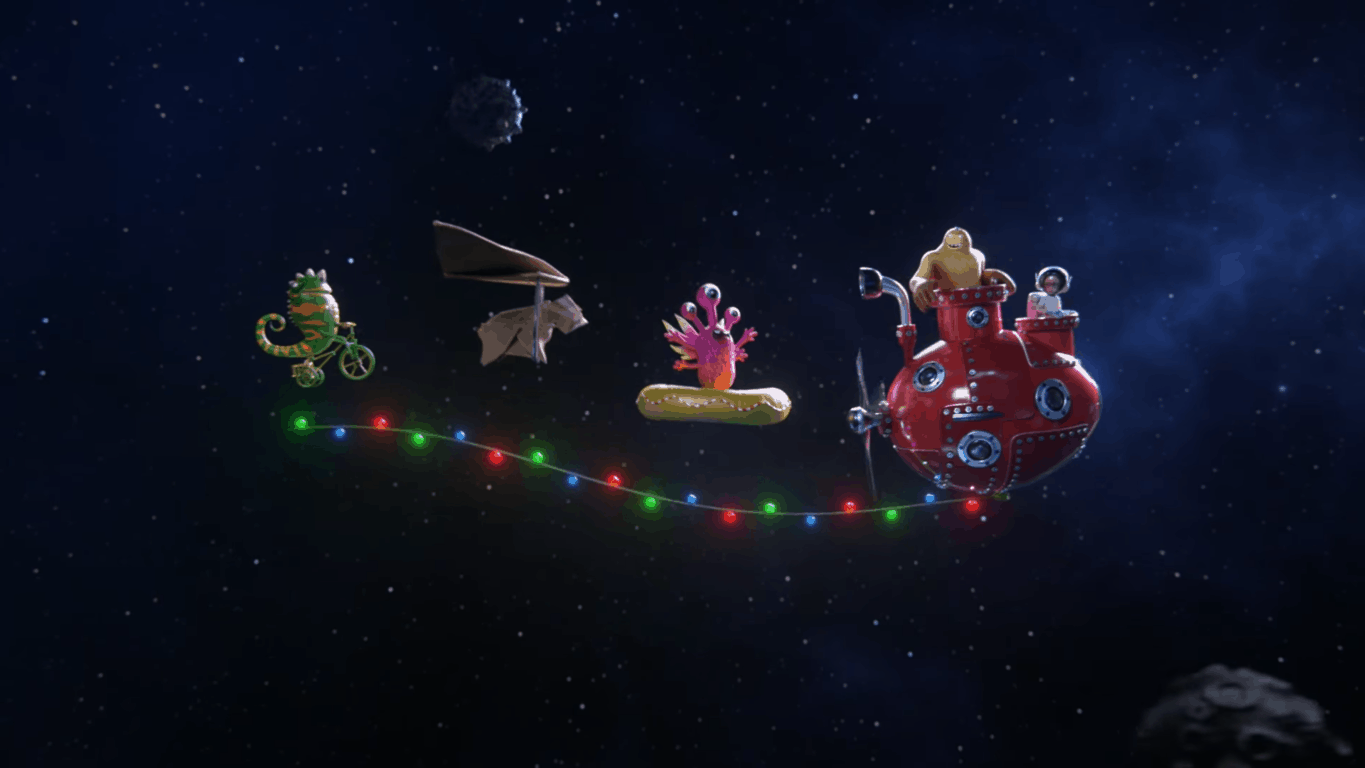 Following the spreading of peace and joy with Apple employees in 2015, then a celebration of the spirit of the season in 2016, the Microsoft annual holiday advertisement is back again. This year’s holiday ad is extra adorable, featuring Paint 3D, adorable yetis, and other 3D characters, reminding viewers that they can create a better world.

The Holiday TV commercial follows a young girl Sasha and her friend “Gabe the Yeti” on an imaginary 3D adventure through space. Quite obviously this is promoting the creation of 3D content with Microsoft’s platforms, including both Remix3D.com, and Paint 3D. There’s a little bit more to the story, though, with Microsoft making note of how we can celebrate each other and embrace differences this holiday season:

When we are inclusive and celebrate our differences we can make the world a better place. 3D Holiday tells the story of a young girl who goes on an imaginary adventure through space where she and “Gabe the Yeti” encounter various characters who need a little love and support, culminating in a celebration for all.

After all the controversy surrounding the traditional paint app possibly being deprecated, it’s interesting to see Microsoft promoting Paint 3D and Remix 3D (which were both originally part of the Windows 10 Creators Update last year.) Anyway, you can join in on the fun and download all the 3D characters seen in this commercial then upload your creation to Remix 3D tagged with #Holidayin3D for a chance to be featured on the Microsoft homepage.