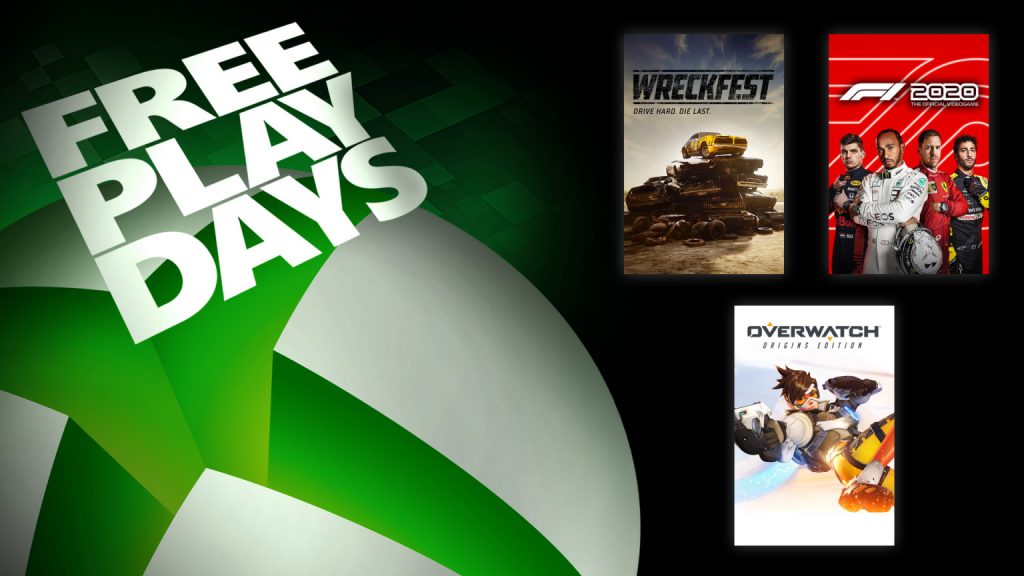 There’s another Free Play Days event for Xbox Live Gold this weekend. Starting today through Sunday, August 23, Overwatch: Origins Edition, Wreckfest, and F1 2020 will be free to play with Xbox Live Gold, and limited-time discounts are also available for all three games on the Xbox Store.

Overwatch doesn’t really need an introduction, but Blizzard’s team-based hero shooter remains incredibly popular since its launch in 2016. There’s a Summer Games in-game event right now, where you can new cosmetics and return to the field in Lúcioball Remix.

F1 2020, the official videogame of the 2020 FIA Formula One World Championship, includes all the official teams, drivers and the original 22 circuits. This latest installment introduced the ability to create your own team with custom color schemes, sponsors, engine suppliers, and more.

Microsoft’s regular Free Play Days events remain one of the great perks of Xbox Live Gold, which is now one of Microsoft's oldest subscription services for consumers. It remains to be seen how Xbox Live Gold will evolve following the release of the Xbox Series X in November, though Microsoft recently confirmed that we shouldn't expect any changes being made to the service in the near future.