Microsoft is working on an intelligent tone detector feature for Outlook on the web that will help users communicate effectively over emails. The company has announced through the Microsoft 365 Admin center that the feature will begin rolling out to business users in September.

Once the feature rolls out, the Outlook web app will add a tone detector feature to its Microsoft Editor’s browser extension. It will analyze a combination of signals in the email in real-time and automatically offer writing suggestions to improve the conversation tone in the emails. “These suggestions will allow the user to communicate more clearly and in a desired tone to deter misinterpretation,” the company explained. 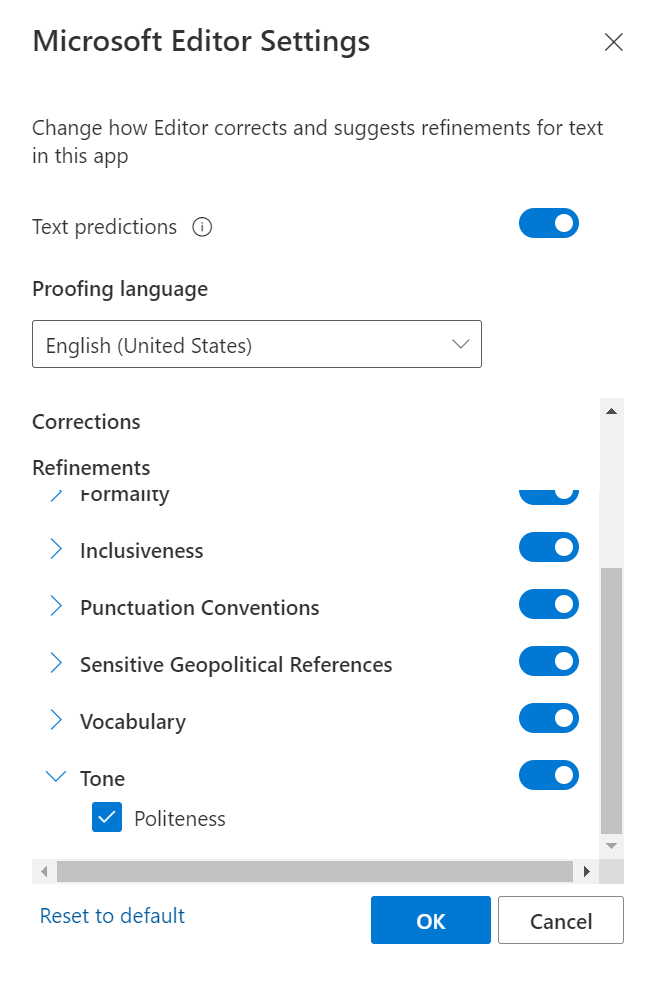 The feature will be disabled by default for everyone, and users will be able to turn it on by heading to the Microsoft Editor Settings menu. Microsoft says the app will generate these suggestions based on the data collected by its AI models that run on the same servers as a users' mailbox, and the company will not store any message content on its servers.

Overall, the tone detector is a handy feature, especially for people that have trouble getting the tone of their emails right. Grammarly added the tone detector feature to its browser extension back in 2019, and it's great to see Microsoft Editor finally catching up.