Microsoft published an update for their new Outlook Groups mobile app today that brings new features and support for 11 new languages. The app is a lightweight and easy to use tool to view and interact with the Outlook Groups in your Office 365 Business or School account. It is also cross platform and available on Windows Phone, iOS, and Android.
Since the app launched, it has allowed user to have group conversations, access the group’s SharePoint files or OneNote notebooks, and mention people a la twitter style with an @ symbol. With today’s update you can now:

The app also now supports 11 new languages including: Spanish, Portuguese, French, German, Italian, Japanese, Korean, Dutch, Russian, Chinese Simplified and Chinese Traditional. The Office Blog also promised that more languages are on the way and by the end of 2015 Office 365 Groups insights and discovery will be supported in Delve; Microsoft’s Office 365 app for discovering content and information from across your organization. The post also mentions that they are planning to introduce Office 365 Groups and Yammer integration in the first half of 2016.

With new apps like Outlook Groups and expanded integration with other Office 365 apps like Delve and Yammer, hopefully Microsoft’s vision for enterprise social networking is beginning to crystalize from its previously more nebulous incarnations. Do you think Microsoft is making the right improvements to their social networking apps for Office 365? Let us know in the comments section below.
The Outlook Group apps for each platform can be accessed via the download links below: 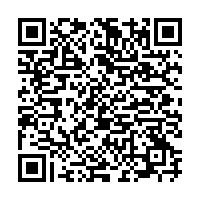