Last month, Microsoft released Outlook Groups, an app that is meant to help teams of people come together and efficiently collaborate. Whether it be just chatting with your teammates or collaborating with OneNote documents, the app does a great job of helping teams be more efficient together.
Recently, Outlook Groups has received a significant update, adding a few new key features. First up is the ability to favorite groups, something that should make it easier for people that have several teams that they need to keep in touch with. With favorites, you can pick out the most important groups to you, and make sure they're never buried under your other groups.
Also coming in the new update is profile pages, which show off some basic information about you when your profile image is selected. This should make it a bit easier to identify one another in a packed group, - at the very least, it adds a bit of polish to this fledgling app.
You can check out all of the changes here: 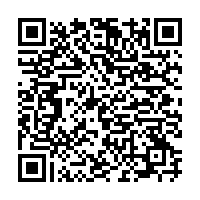 Best Buy lets you try on the Microsoft Band, Oct 17th and 18th only