Microsoft has been making a lot of progress with its Outlook apps for iOS and Android in recent months, but the Outlook apps for Windows and macOS will also soon get a fresh coat of paint. Indeed, the company said last month at Ignite that it’s testing redesigned versions of its Outlook desktop apps internally, which feature a simplified UI that looks more consistent with the iOS and Android apps (via The Verge).

Compared to the Outlook Mail and Calendar apps for Windows 10, it’s true that the Outlook desktop app looks quite complicated for most consumers. Microsoft says that the redesigned user experience on Windows will “welcome the next generation of users to Outlook” thanks to a “cleaner, more modern way to do email.” In addition to a simplified and customizable ribbon, Microsoft modernise the first run experience to make it easier to add multiple accounts. 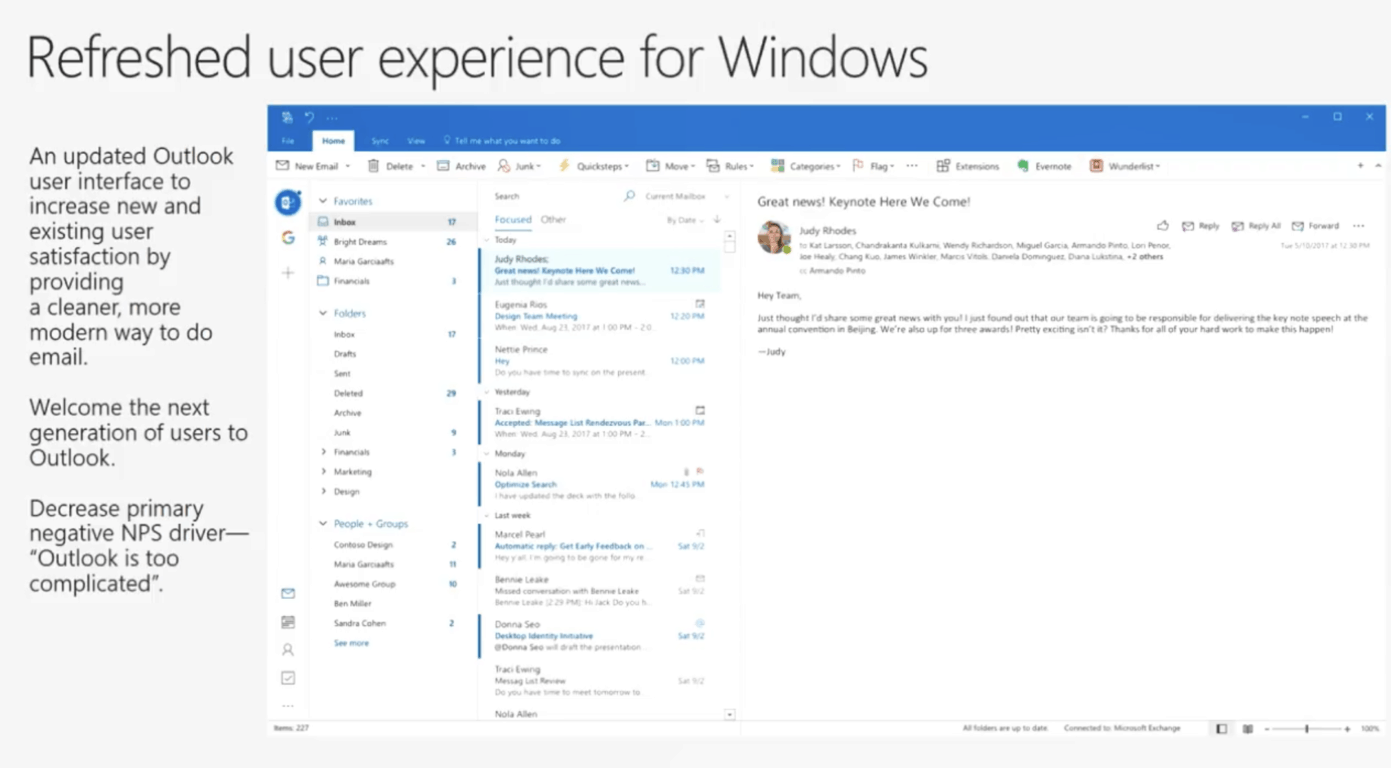 On the Mac, Microsoft has to compete with Apple’s native Mail app, so the company is working hard to deliver an experience that feels “authentically Mac.” Compared to the redesigned Windows app, Outlook for Mac will have a slightly different UI that looks even cleaner and more similar to the iOS app. 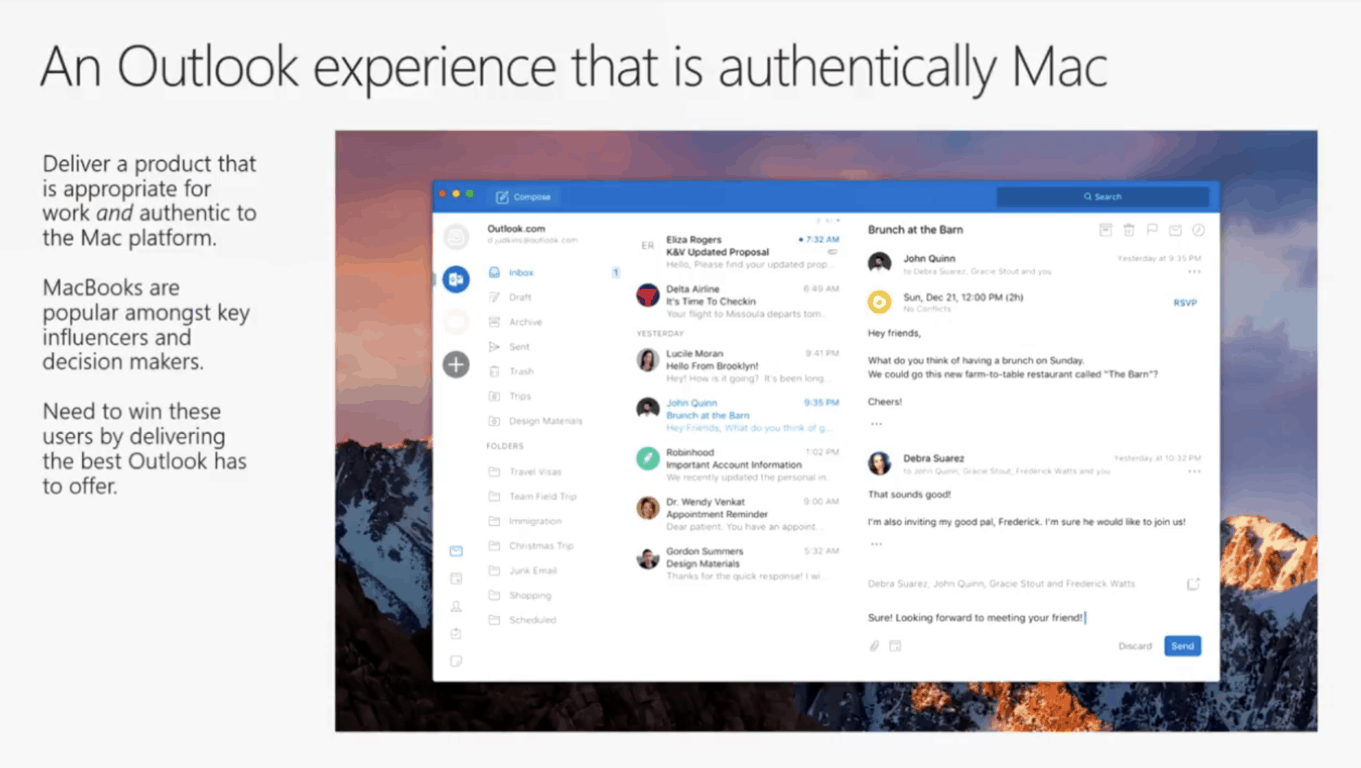 For now, it's not clear when the redesigned apps will roll out to Office Insiders and then to the public. Microsoft also announced Office 2019 at Ignite, which is set for release in the second half of 2018. We already know that the new Office 2019 apps will be available in preview in mid-2018, so Microsoft may well wait for this opportunity to ship the new apps to Office Insiders and then all Office 365 subscribers.