Outlook for Android gets a couple of new features to enhance user experience - OnMSFT.com Skip to content
We're hedging our bets! You can now follow OnMSFT.com on Mastadon or Tumblr! 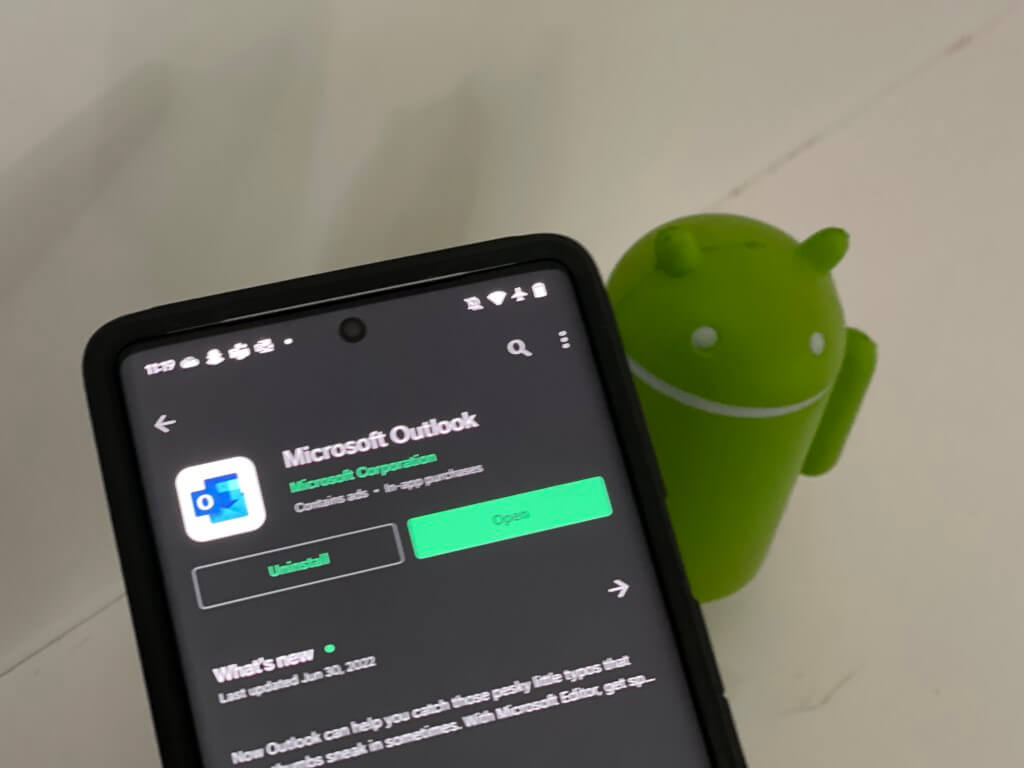 Both Outlook for Android and iOS are set to be overhauled with the aim of enhancing accessibility, in that users will now be able to locate their contacts and files through a few clicks.

This change will bring on a couple of changes among them: a new Floating Action button, Search will also be rebranded to Feed and it will also get a new icon, and finally, both your contacts and files will now be located under the More button.

The most notable change is the new tab bar, which can be customized according to your preference thus allowing you to make the most out of the application. The More button is part of the three existing modules (Mail, Search, and Calendar) where users can access both their Contacts and files which were previously located under the Search module. 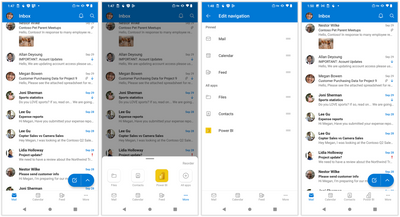 Microsoft has indicated that support for Apps in the tab will be added soon, and further indicated that "Teams personal tab apps that support Outlook Mobile and have been added in Teams, Outlook for Windows, or Outlook on the web, will automatically appear in Outlook for Android & iOS. A mobile-specific store will come later. We will start with Android and roll out to iOS once available".

What's more, Search in Outlook is being rebranded to Microsoft 365 Feed. Search is commonly used as a search page, content discovery location, and it is the only way through which users can navigate to Files and Contacts. The rebrand adds more roles. It will now serve as a feed for news, content, ToDo’s, and more. Search has been retained at the top of Mail and Calendar. Moreover, the arrangement of the modules is changing to Mail, Calendar, and Search. You can also reorder them by tapping on the Reorder button.

And finally, a new menu button is being added alongside the Fast Action Button (FAB). This means that besides being able to compose a new message in Mail, the user will now have access to other important actions in an expanding menu as well. 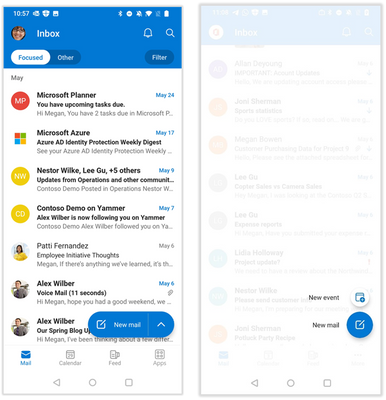 These changes are set to roll out in phases, most of them getting to Android before iOS. According to the Microsoft 365 Roadmap, the feature tagged 100570 is already available in Android Beta and will begin rolling out to production in late October and is set to reach general availability by mid-November.

In other Outlook related news, the application will let users send out quick reactions to emails that can be used to notify the sender that the message has been received. Share your thoughts with us regarding the Outlook overhaul below.