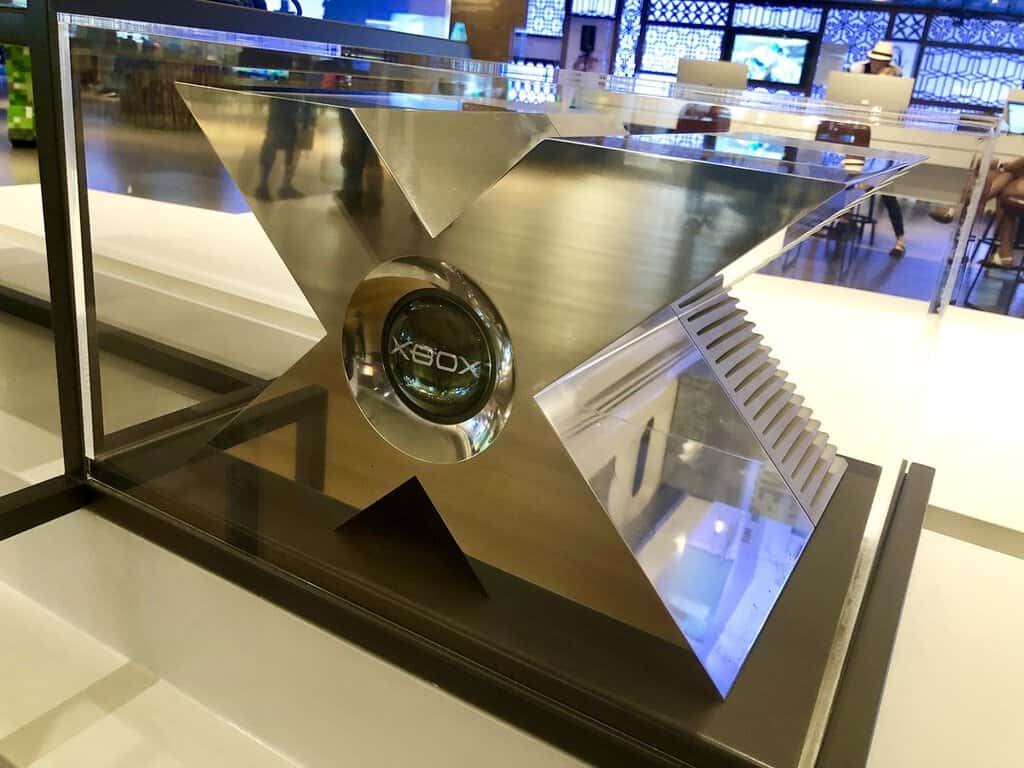 A very long time ago in the year 2000, Microsoft took a prototype of the original Xbox on a tour of the world to help developers become interested in the new console. Almost jokingly so, it was unlike anything else seen at the time since it was literally a giant "X" shaped device. Well, that very prototype is now living on and has a special place at the Microsoft Visitor Center in Redmond (via Eurogamer.)

The original Xbox prototype from Bill Gates’s GDC 2000 keynote is on display at the new Microsoft Visitor Centre.

The prototype device reportedly cost $18,000 to make and was composed of a solid block of Aluminum. It frequently appeared at trade shows, and other gaming-related events, and was apparently a working unit, per Seamus Blackley, the father of Xbox. Seamus even added that the Xbox team would literally carry this prototype device around in penguin cases, by pulling them up and down stairs.

This was the showcase unit to show partners and press. It worked.

[There were actually several, and they travelled the world. I lugged these damn things over every continent literally.]

In another Tweet, Seamus revealed that Microsoft once took the prototype Xbox to PlayStation headquarters when they were in Tokyo. They actually placed the Xbox unit on top of the Sony sign as a prank, which someone else joked might be the closest we'll ever get to seeing Xbox and PlayStation cross-play.

A moment of youthful indescretion. Sorry @PlayStation I really do ❤️ you. But we still had to do this. pic.twitter.com/LOia7C4aFE

This isn't the first time that the prototype has surfaced. It was roughly two years ago that Microsoft's Aaron Greenberg revealed the device on the Xbox Snapchat. Anyway, when the Xbox actually launched, the design was much more conventional, but Microsoft obviously had fun with this prototype device.