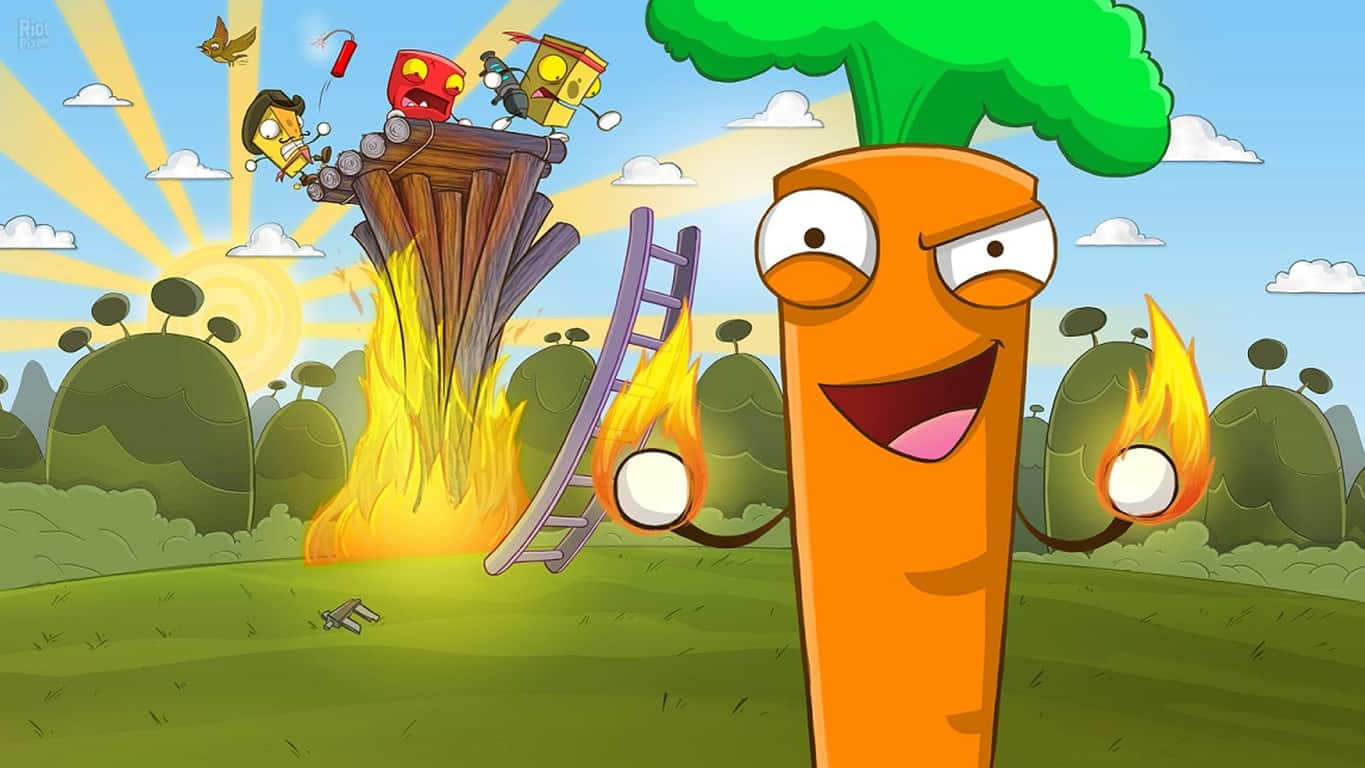 Teslagrad and Powell Lacrosse 16 are both available for purchase and play today on the Xbox One while gamers can pre-order and pre-download Organic Panic before its April 1st release date.

Teslagrad is a platformer that has been out on PC, Nintendo’s Wii,U and Sony’s PlayStation 3 since late 2013. The game features a strong emphasis on difficult puzzles, exploration, storytelling, and an efficient game engine that boasts no cutscenes or loading screens.

Teslagrad is a 2D puzzle platformer with action elements, where magnetism and other electromagnetic powers are the key to go throughout the game, and thereby discover the secrets kept in the long abandoned Tesla Tower. Gain new abilities to explore a non-linear world with more than 100 beautiful hand-drawn environments, in a steampunk-inspired vision of old Europe. You play as a young boy who suddenly finds himself embroiled in a long-forgotten conspiracy, involving the despotic king who has ruled the nation with an iron fist for several years. Jump into an outstanding adventure told through voiceless storytelling, writing your own part. Armed with ancient Teslamancer technology and your own ingenuity and creativity, your path lies through the decrepit Tesla Tower and beyond.

Buy Teslagrad on Xbox One

Powell Lacrosse 16 is sports game that received funding from fans via an Indiegogo campaign. Players can create and share their own team and compete to win as many matches of lacrosse as they can.

Powell Lacrosse 16 combines the player movement and passing of basketball with the stick skills, shooting, and hitting of hockey to create a high scoring, action-packed game of lacrosse. Say goodbye to that “I can’t score” feeling of traditional sports games. Lacrosse averages 20+ goals per game. Line up the ball carrier for huge hits by perfectly timing up your attack. Imagine a football linebacker with a titanium shaft.

Buy Powell Lacrosse 16 on Xbox One

Organic Panic is a 2D platformer with a refreshing design element; it uses healthy vegetables and fruits instead of candy and sweets! The game supports two to four local multiplayer in both co-op and versus modes, an adventure story mode, and boasts over 200 levels for players to complete.

Master the 4 elementally powered heroes and swap between them to overcome Baby Cheese's evil technological empire. Smash through earth, create and turn into water, control gravity, and set it all on fire as you battle and puzzle your way through over 200 Single Player, Coop, and Versus levels.

Pre-order Organic Panic on Xbox One

Are you going to play Teslagrad and Powell Lacrosse 16 today or are you thinking of waiting until April 1st to play Organic Panic? Let us know which Xbox One video games interest you the most in the comments below.