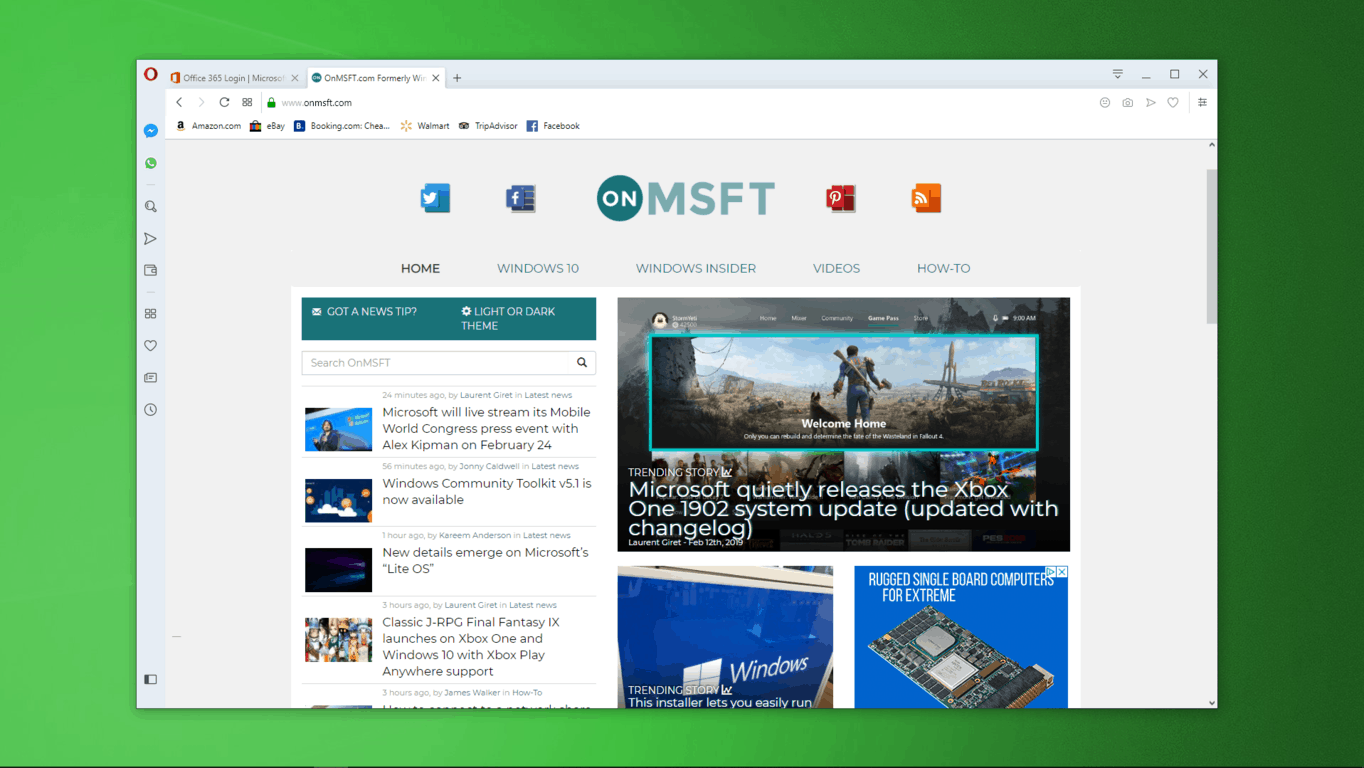 Opera has been working on a new design, codenamed R3 or Reborn3, for its web browser of the same name, and today the company has released it as a developer version for those who wish to try the new design (via TechCrunch). The update should prove the browser to be more aesthetically pleasing as the sidebar and tab bar now share the same color, whether in light mode or dark. Other design improvements include a more flat look to the tab bar, as well as the removal of the white URL box that sits behind the web address, giving the browser a more modern look.

But design improvements aren’t the only new changes to the web browser. The update also adds a few buttons to the right of the address bar, including snapshot, add bookmark, and send to My Flow icons as well as access to quick settings. Additionally, a new Crypto Wallet has also been added to the desktop browser, and having been in the mobile version since last year, it now allows those on both platforms to easily transact in between either browsers.

The changes are certainly welcomed, however keep in mind as this is currently just a developer preview of the browser, some elements can change before its pushed to beta users and then to the general public. However as can be seen in the screenshots, the browser seems to be headed in the right direction and could help it further compete with the better-known alternatives.

It might be worth mentioning that this browser is also powered by the Chromium project and uses the Blink layout engine, a move that Microsoft is in the process of making with its Edge web browser. With the tech giant contributing code to improve the Chromium project, the enhancements will eventually also make their way to Opera as well as the more popular Chrome browser.

And with Opera being powered by Chromium, it also serves as an example as to how the Edge browser might work once its powered by the same rendering engine. For now, it’s certainly something to look at for those wishing to move away from the EdgeHTML engine but don’t wish to dive into Google’s ecosystem.