Now that we’re nearing the end of the year and we’ve seen what most manufacturers are offering this holiday season, we thought we’d put together an early list of products to either save up for or gift that techy-creative person in your life.

While some people can get away with using just a smartphone to coordinate their days, most people still have some sort of central computing hub. Be it a Chromebook, iPad or Windows machine, there is a larger screen device sitting somewhere waiting to house most creative content. 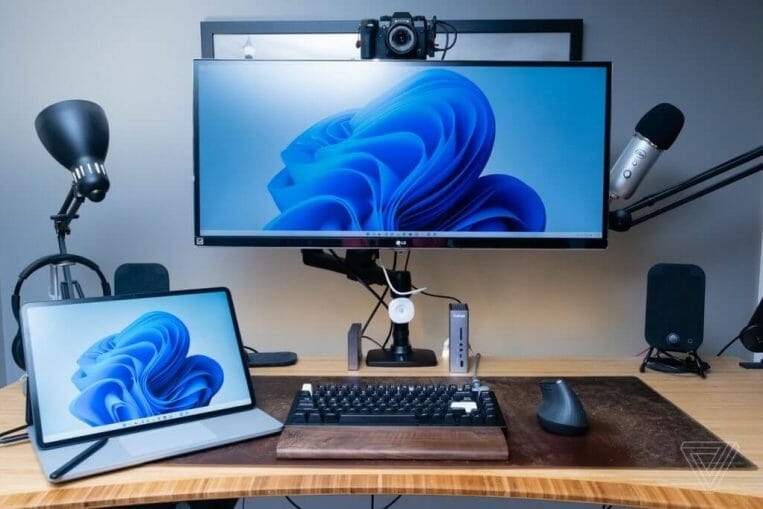 Since we’re a Windows-centric publication, we’ll focus mainly on the Windows side of options but remind buyers there are excellent MacBook, Chromebooks and non-Windows tablets deals, too.

Crowned the creative laptop for Surface fans, the Surface Laptop Studio comes in at the top of the list offering flexibility, power and battery life starting at $1,599.99.

However, we’re nearing holiday purchase season and Microsoft has knocked its starting price down to $1,439.99 with “flexible payment options available” which can help spread the total cost across 12 or 18 months. 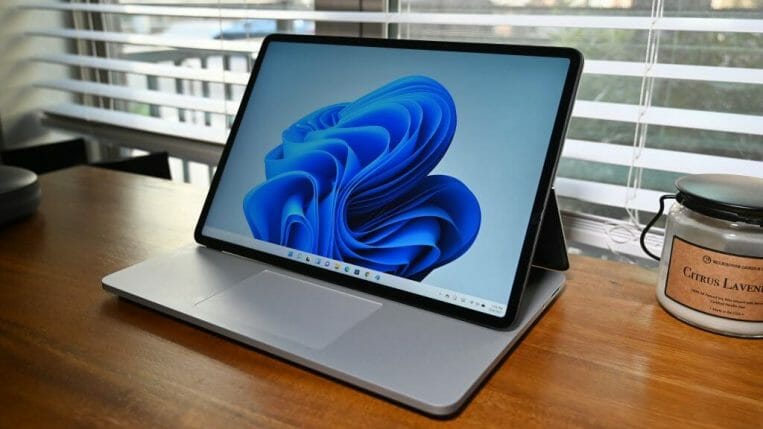 If interested, I would recommend the flexible payment option for a configuration that nets you the NVIDIA GeForce RTX GPU, to get the most out of the SLS.

The Razer Blade 14 comes with a beefier NVIDIA GeForce RTX 3060 GPU at a few hundred more than the Surface Laptop Studio. While the price difference is noteworthy, the performance is also reflective.

The Razer Blade 14 was one of the best reviewed laptops of 2020 and 2021 by a large swath of video and photos editors and only knocked for its battery performance, which most rated as “fine.” It has a sleek and more mainstream design than the Surface Laptop Studio while shaving minutes of rendering and export times. 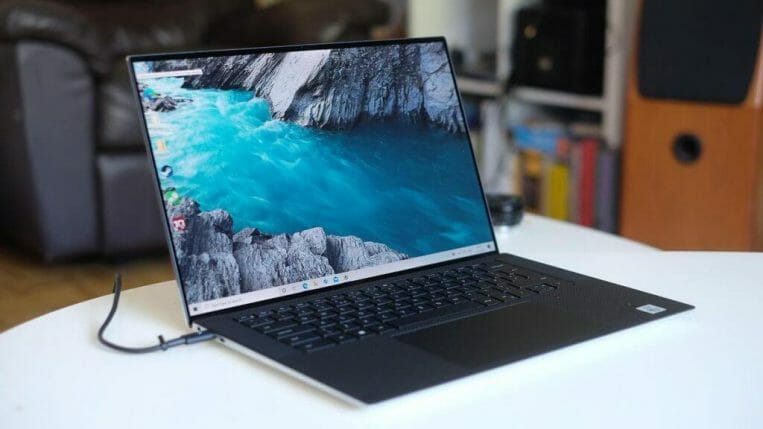 There are also financing options available that allow for no interest for the first 12 months.

Fortunately, there is always something cheaper in Windows land and here some of the other options for great gaming, editing or streaming laptops. 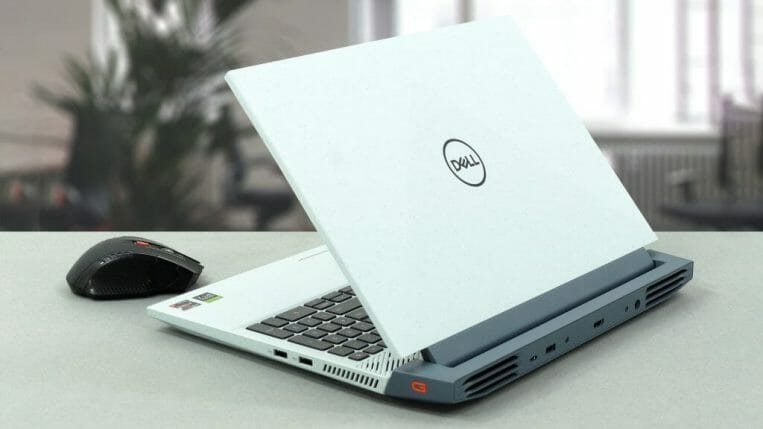 NVIDIA RTX 3060 GPUs are still quite expensive but last year’s 3050’s are getting steep discounts and still perform well. Save a bit by getting the old 3050’s this year.

The sound quality of the Surface Headphones 2 is still top tier even a year later and still a solid recommendation. Microsoft cut the price of the headphones right from its original $249.99 to $224.99 for the holidays. The Bluetooth pairing of the headphones is seamless and works with any Windows PC. 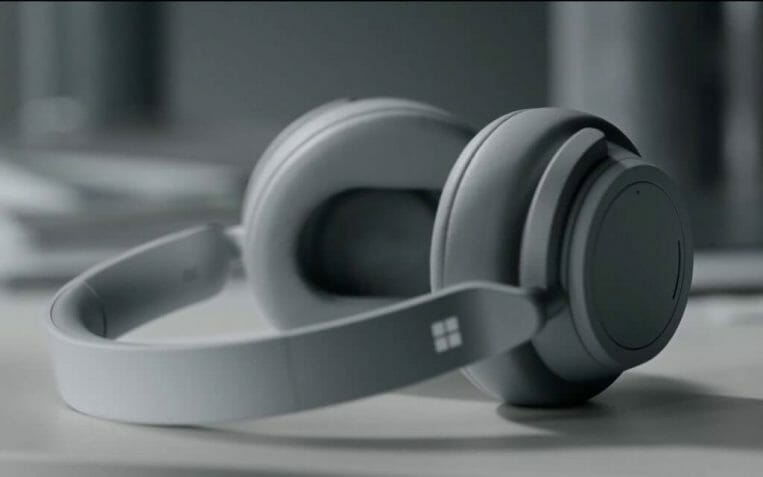 For streamers, there is also the concern of mics.

The omnidirectional lavalier microphone is a cheap wearable mic that provides excellent audio recording and minimal investment in microphone accessories such as arms, rigs and bases. 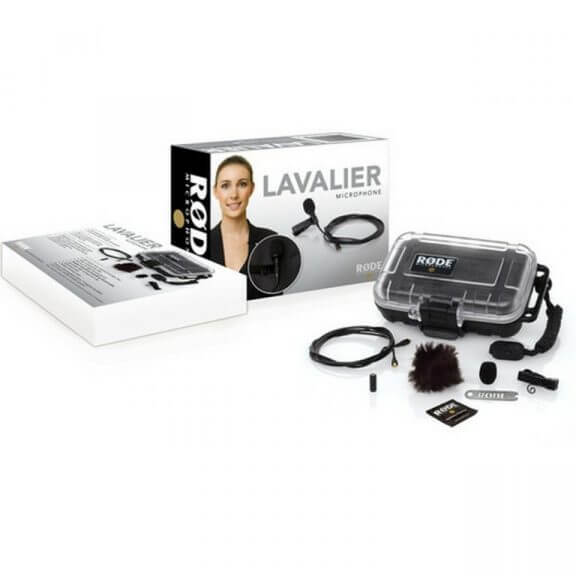 For the mobile streamer or podcaster, the Blue Snowball is nice portable version of the legendary Blue Yeti brand. 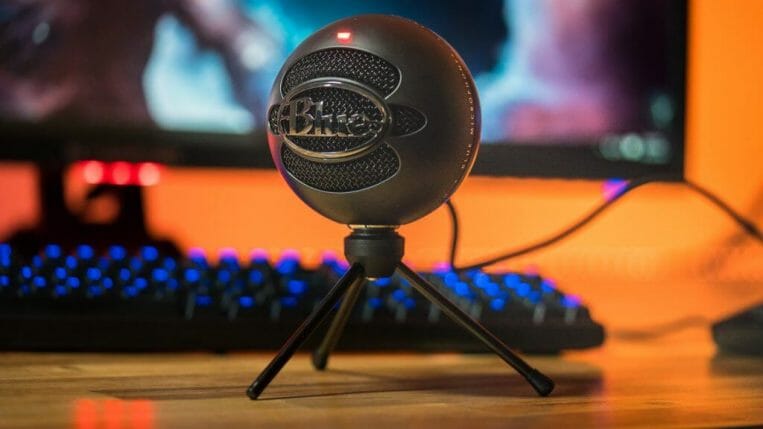 Another great option for a portable recording situation. If you’re working from home with limited desk space or a have a full-blown recording setup, this mic offers clear sound and a super-easy plug-n-play experience on Windows. 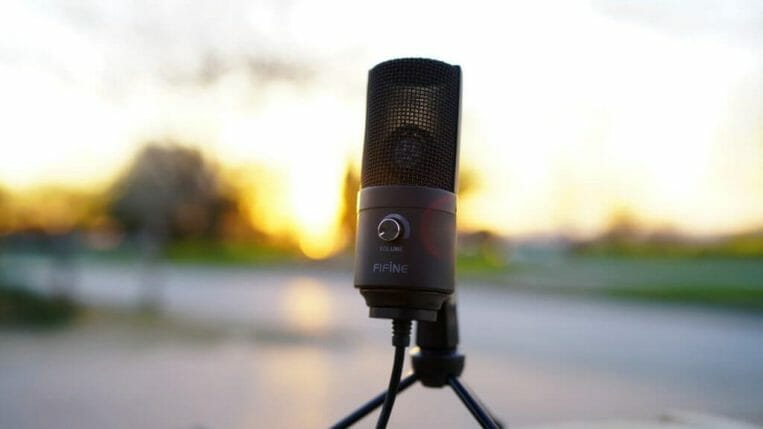 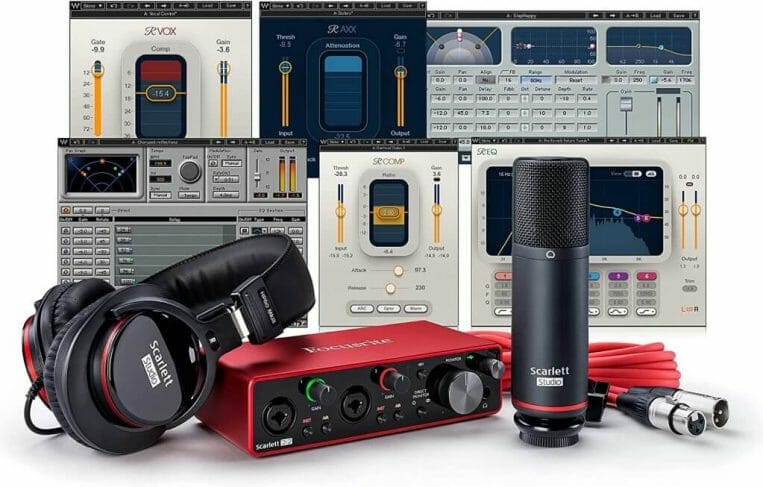 Two of the best performing mic preamps the Scarlett range has ever seen, now with switchable air Mode to give your recordings a brighter and more open sound. Two high-headroom instrument inputs to plug in your guitar or bass. Two balanced line inputs, suitable for connecting line-level sources.

While there are plenty of vlogging cameras out on the market, we like the Cannon EOS M50 for both its video and photo features as well as software tie-ins for mobile photography and editing. 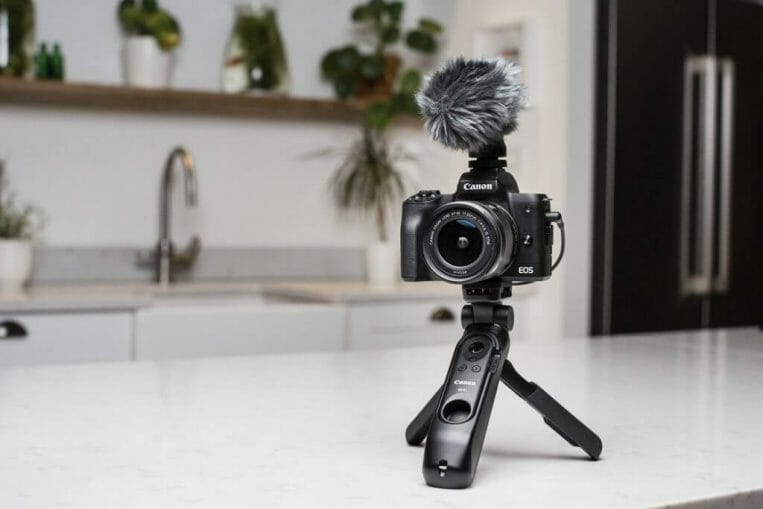 One of the biggest features is the photo streaming to both iOS and Android phones that uses Bluetooth to upload captures as they’re taken which makes quick post on social media even easier.

If you choose to do your streaming or podcasting on a budget, the Microsoft Modern Webcam works well enough and offers a host of pre-recording filters and edits to your video that help enhance. 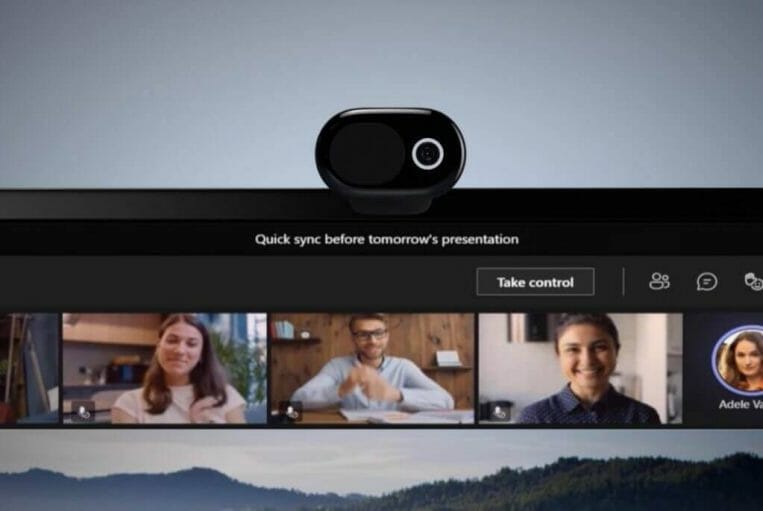 Users can change the HDR settings, tones, colors, and adjust for fluorescents.

For product reviewers or outdoor vloggers, grabbing a gimbal is essential and Amazon is offering a deal on one for $75.65. This 3-Axis gimbal offers up 3D Inception mode, time-lapse, and compatible on both Android and iPhones as well as an easy-to-use Hoem Gimbal app. 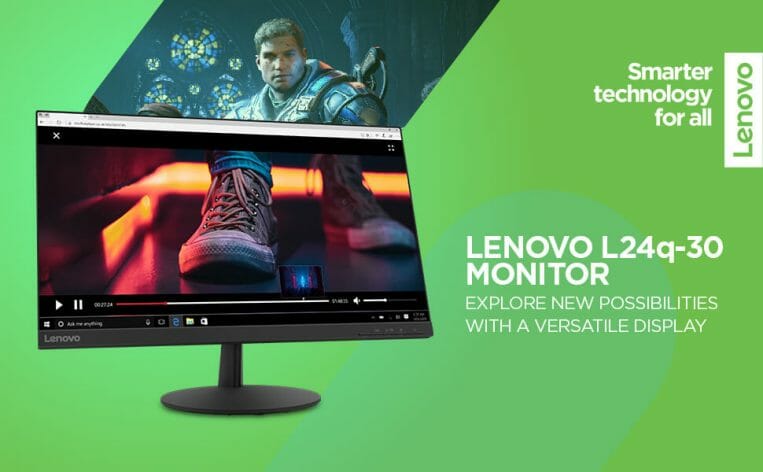 From the perfect 23.8″ 3 Side Near-Edgeless design to superb QHD resolution (2560×1440), this is a monitor that’s sure to make an impression. It’s a perfect display of 99% sRGB color gamut that deliver superb vibrancy. In-Plane Switching panel design that provide undistorted color at any viewing angle. Up to 75Hz refresh rate and AMD FreeSync™ technology for casual gaming ready.

Before investing in any of the hardware above, make sure yourself or the person getting the gift is familiar with the following software. Regardless of the hardware tools, the software can be run on most current devices and cost fractions less than hardware used to power it.

For most, Adobe Photoshop and Premiere and Audition are the core basis for streaming, podcasting, vlogging or artistic endeavors. You can get individual subscriptions for $9.99 to $20.00 but for $52.99 you can try out the whole suite to see what fits your workflow better. 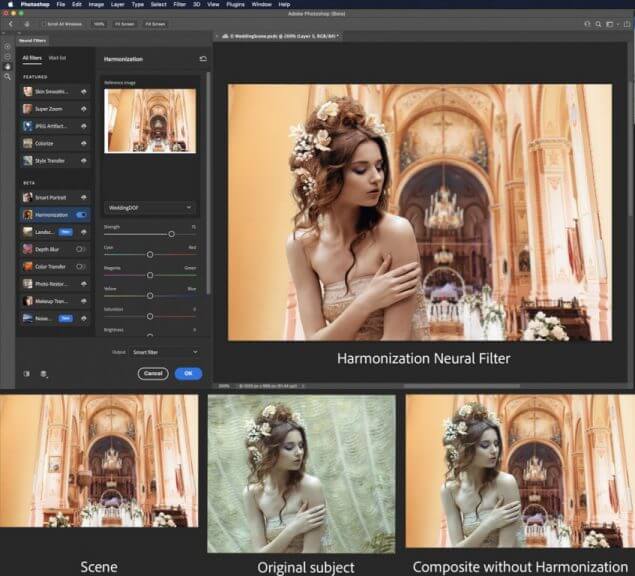 For the more advance editors there is also:

For the budget conscious 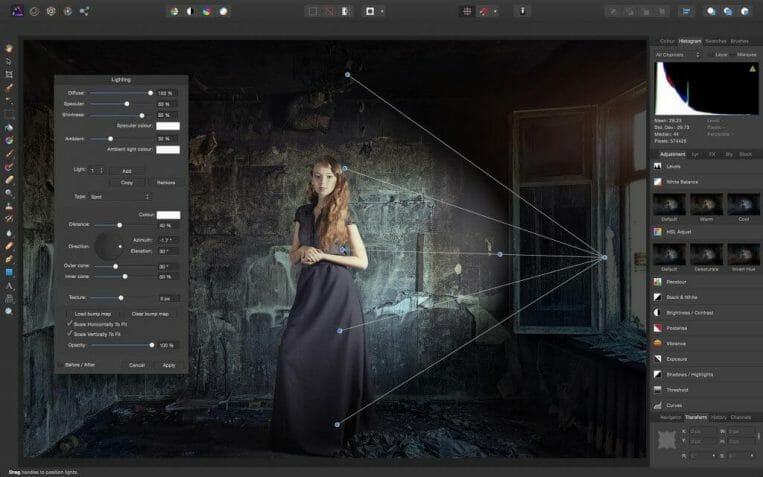 As we near closer to Christmas or Boxing Day or whatever holiday you celebrate with gifts this holiday season, we expect to see more sales and discounts arise.