In addition to a new Windows 10 mobile build today, Microsoft has also released updates for two of its core apps, OneNote and OneDrive for mobile. As we reported earlier, with build 10549, Microsoft has updated Windows 10 emoji’s, Cortana, the messaging app, as well as improved performance and stability.  This is promising seeing that Window 10 Mobile is expected to launch in December.
From today's updates for OneDrive and OneNote mobile, we see improved stability and performance for each app. Although Windows 10 for mobile has not launched officially yet, Insiders running Windows 10 already have access to apps designed for Microsoft's Universal app platform.
For those unfamiliar with OneNote, this is a digital notebook shared via OneDrive among all your connected devices. OneDrive, on the other hand, is Microsoft’s cloud service that allows users to store documents, notebooks, music, videos, and other services to the cloud.
If you are running Windows 10 Mobile, what improvements do you see with OneDrive and OneNote. Let us know in the comments below. 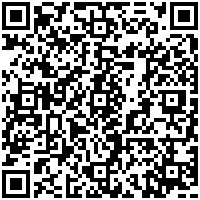