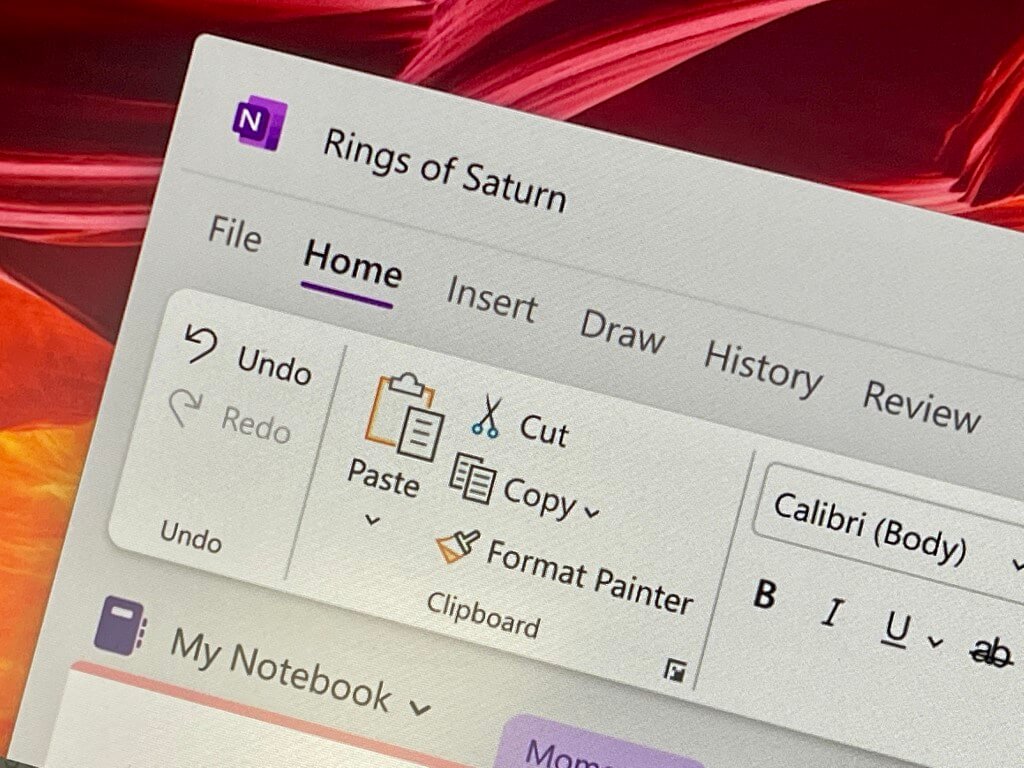 It's been known for some time that Microsoft was revamping the OneNote app on Windows, merging the UWP and Win32 apps as one. The company first mentioned this back in August of 2021, and now one year later some of those features in that refreshed app have launched in a preview with Office Insiders.

As you'd expect, this new OneNote app flows nicely with the Fluent looks of Windows 11 and the existing Microsoft 365 Office apps. Yet Microsoft specially targeted the Focus, Capture, Organize, and Share stages of the note-taking workflow. Even so, the company hopes that the design refresh still feels familiar and modern for OneNote users.

Anyway, there are a lot of updated user interface elements. The first of those is an extended refresh to both the navigation pane and the full-screen mode. Common elements like the page list, section tabs, and notebook menus all seem to be more fluent with Mica effects. Other updates include rounded corners and newer animations throughout the app, and even an optional simplified ribbon. There's even an indicator for unread changes on Notebook pages. Check it out in the gallery below! Other than the updated visual look, some new tools are coming to this OneNote app. That includes the draw tab elements from Word, like a ruler and a new Ink to text option. Voice dictation is included, too, so that you can capture notes with your voice. Microsoft notes that over the next few months, current dictate customers will see existing and new voice commands in Office apps added to OneNote.

Support for Slim Pen 2's haptic signals is even included, with there being additional plans for a mode that can turn OneNote into a "pen-first experience." You'll also be able to enjoy features like ink replay, ink to text, and the ability to insert pictures from your Windows Camera, or sort pages in new ways by date, name, modification, etc.

Office Insiders can beta test some of these features in this new OneNote right now. Ink to shape, Ink to text with font size awareness Page sorting, and Update under lock have rolled out to 100% of audiences in the Current Channel. Office Insiders, meanwhile, can try out the Insert picture from camera and the updated share experience. These updates only apply to the latest OneNote app is available as part of Microsoft 365.