Microsoft may have released a Universal Windows 10 App version of OneDrive, but that doesn’t mean the usual Windows desktop client has gone away. Although some folks remain perturbed that the nifty placeholders feature was removed from the desktop client, it remains the preferred means for many in terms of accessing OneDrive via File Explorer.

In the past, OneDrive could suck down a good portion of a network’s bandwidth while syncing, something that was particularly onerous if gigabytes of OneDrive files are being synced to a new machine. Fortunately, as a user on reddit has pointed out, Microsoft has apparently added the ability to explicitly set upload and download speeds. Now, users can determine just how much of a network drag they want their OneDrive syncing to become. 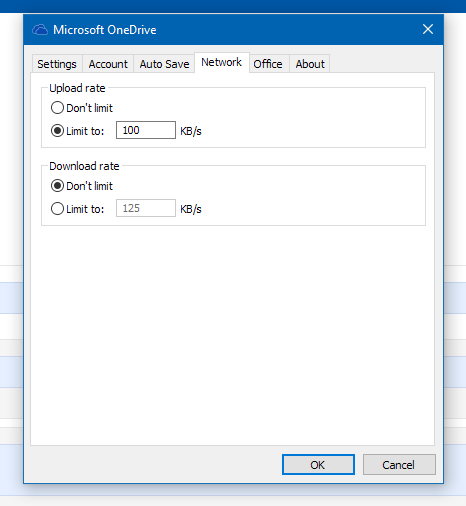 The new settings must be rolling out in waves, according to whatever update schedule and process Microsoft has established for the OneDrive desktop client. The author’s machine, for example, doesn’t yet have this version. But keep tabs on your configuration, and let us know in the comments if and when you receive the newest version.