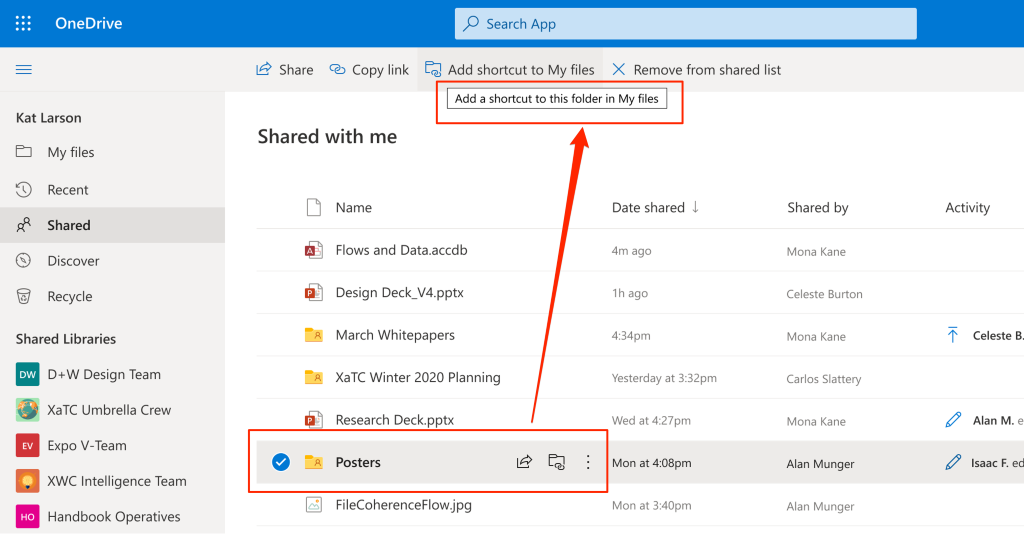 Microsoft is working on a new "Add shortcut to My files" feature for OneDrive users, which will bring the ability to add shortcuts to shared folders in OneDrive and SharePoint shared libraries. According to a support document, the feature will be gradually rolling out as a Public Preview in late July and it will be available worldwide by the end of September 2020.

When someone will share a folder in OneDrive and SharePoint, you will be able to add a shortcut to the shared folder in your OneDrive to make it easier to find and work with those files. You will also see these shortcuts at the OneDrive root, and the owner's details will appear in the sharing column in order to differentiate it from your own content.

Initially, these shortcuts will only be accessible on the web, the OneDrive desktop app, the OneDrive Android app, as well as Microsoft Teams, with support for more products including the OneDrive iOS app coming in the next couple of months. This feature will be enabled by default for everyone during the Public Preview, and it will be up to Office 365 admins to disable it using a script.

Notably, the shortcuts will automatically appear across all devices while respecting all compliance, policy, and permission settings from the original source. However, when a user will add a shortcut to a SharePoint folder that was already being synchronized, they will not see the new shortcut in their OneDrive folder, but the previously synced folder will remain in File Explorer. This is a major limitation in the public preview that Microsoft aims to address before making the feature generally available.

We invite you to check out the official support document to learn about adding shortcuts to shared folders in OneDrive, and more.

Microsoft Stores closing: here's what the new flagship experience will be like