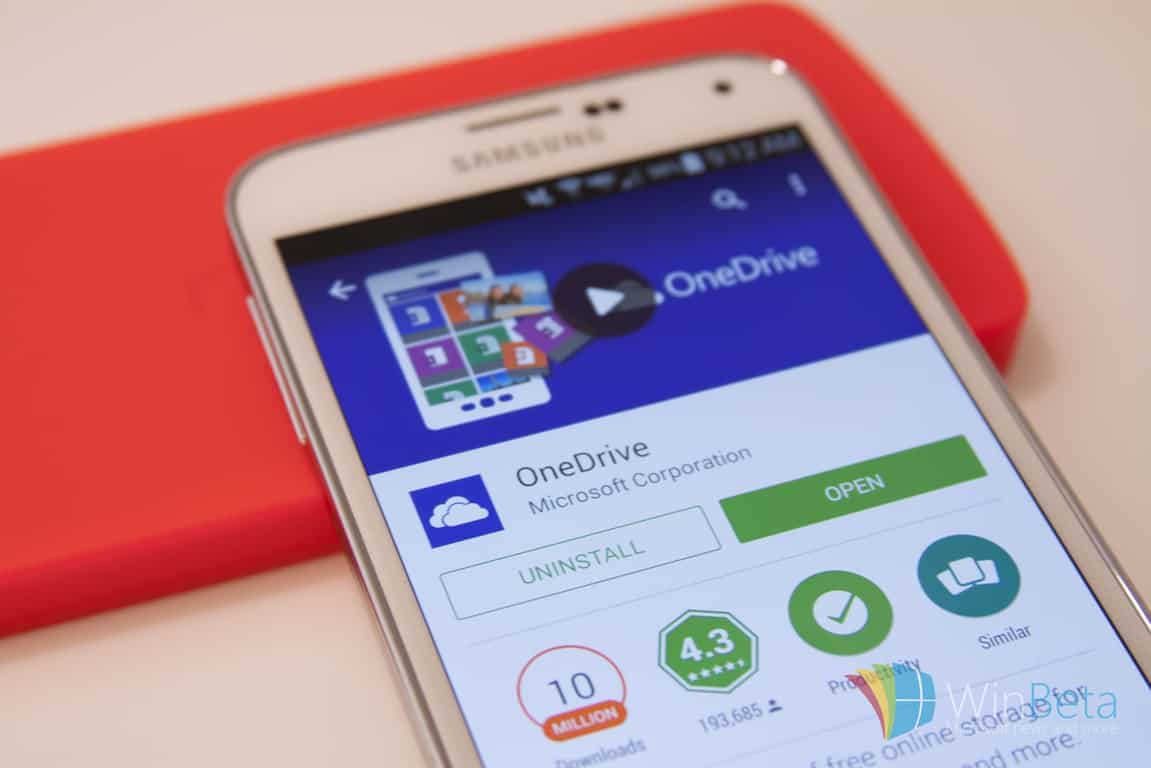 Along with other Microsoft apps, OneDrive often comes pre-installed on a variety of Microsoft phones, and the new Galaxy Note 10 from Samsung also has OneDrive built-in in the handset’s Gallery app. While not as good as Google Photos for managing your photo library, the OneDrive Android app remains essential for automatically upload all your pictures to the cloud, or accessing your files stored on Microsoft’s cloud storage service.

Other Microsoft Android apps that have crossed the one billion download mark include Skype, which did so two years ago before being followed by Microsoft Word back in July. Other apps in this club include Gmail, YouTube, Google Photos, Google Maps, Facebook, Instagram, and WhatsApp. Microsoft still has several apps that have been downloaded more than 500M times on the Google Play Store including Excel, PowerPoint and OneNote, and we're looking forward to seeing which one will be next to reach 1 billion downloads.