Even though OneDrive is deeply integrated into Windows 10, moving all your personal data into Microsoft’s cloud storage may well be too much effort for most users. Microsoft is well aware of this, and this week the company revealed its plans to help users make the move to the cloud with a new feature called Known Folder Move (KFM).

“KFM helps you move your docs, desktop, and pictures into OneDrive,” explained Stephen Rose, Senior Product Manager for OneDrive for Business. “Even the Screenshots and Camera Roll folders are included when the Picture folder has opted into KFM,” he continued. 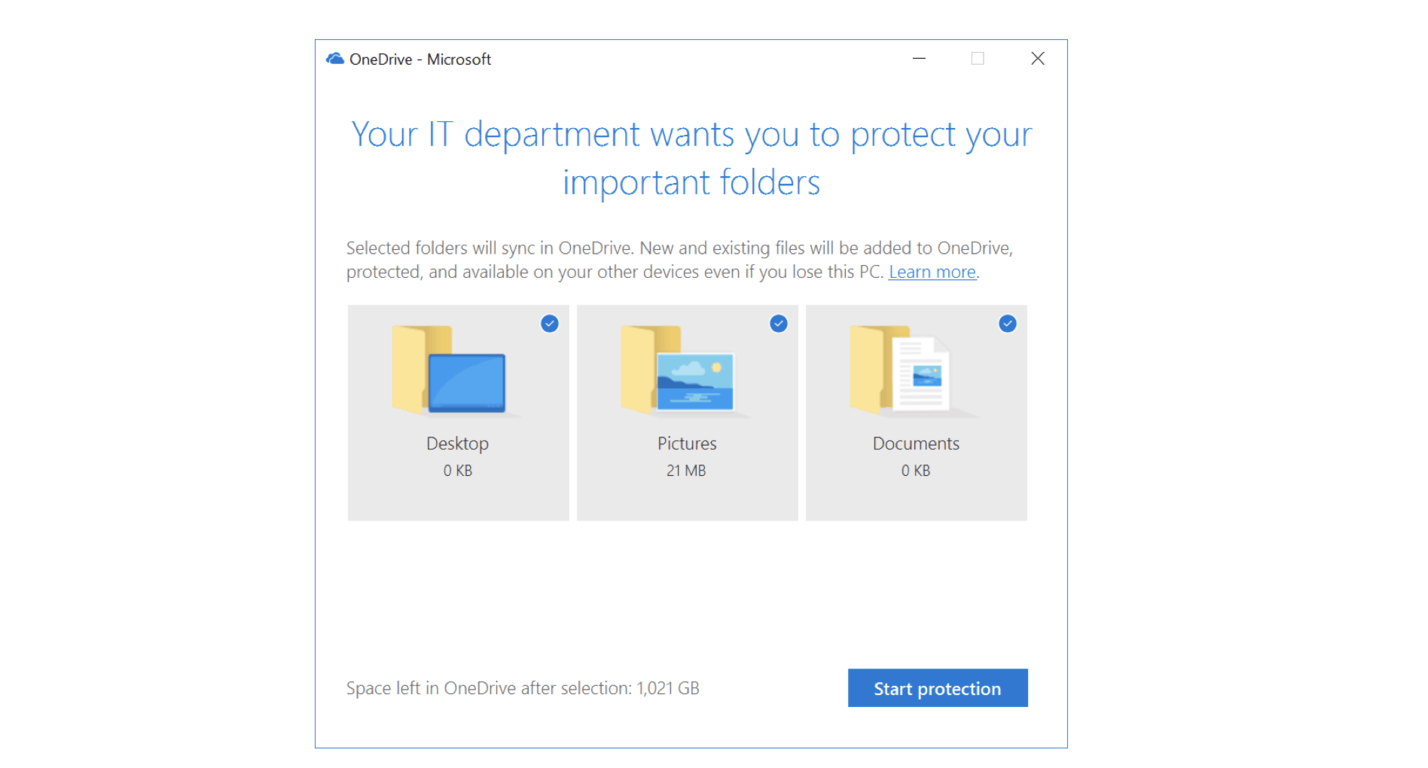 The purpose of KFM is to automatically sync user content to OneDrive without any disruption to productivity. The feature will only be available with OneDrive for Business for now, and IT admins will be able to deploy a group policy to encourage users in an organization to them to set up KFM. The new feature has started to roll out to Targeted Release customers this week, and Rose added that Microsoft has started testing it with users of OneDrive for consumers.

We are incredibly excited about the passionate response we’re getting to the new Known Folder Move feature. While today we’ve announced it for OneDrive for Business, we are currently also testing it with a small subset of OneDrive personal users.

Known Folder Move works with the OneDrive desktop app on Windows 7, Windows 8 and Windows 10, and Microsoft says that it should be available to all OneDrive for Business users by the end of July. Let us know in the comments if you hope to see this feature roll out to OneDrive for consumers at some point.