Microsoft’s OneDrive cloud storage service is getting ready to introduce markup support, allowing users to draw and add notes to highlight specific parts of their images. The new markup feature will start rolling out to business customers later this month, according to the Microsoft 365 Admin center.

This new markup tool will appear at the top of the app when a user opens an image for editing in OneDrive for Business. Once clicked, users will be able to choose highlighter pens, change the thickness or color of the ink as well as erase inks. This feature can be handy for people who use the app to store all their photos in order to collaborate with their colleagues. 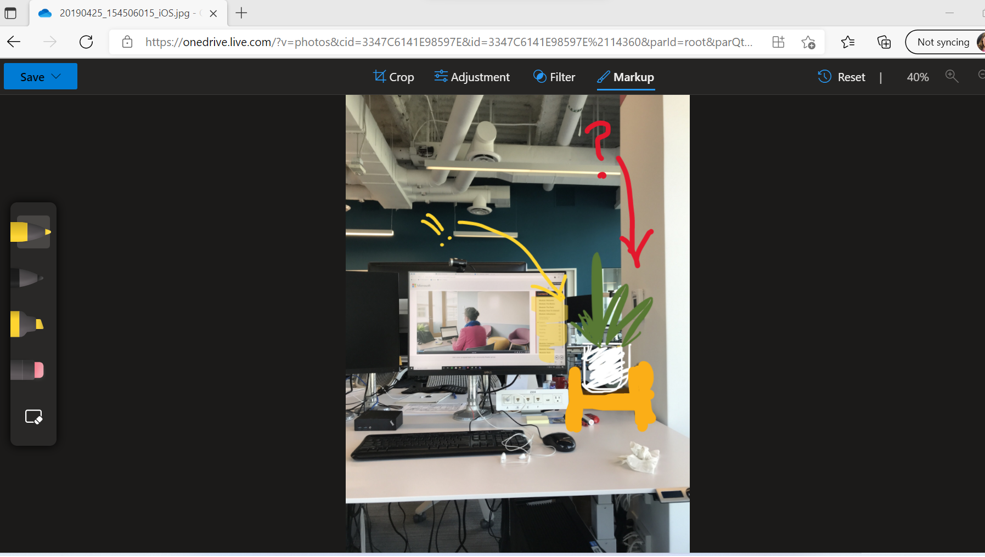 Microsoft has also added a few new photo editing capabilities to OneDrive for Business, including the Crop, Adjustment, and Filter options. The company also plans to roll out features to the iOS version of the app in the coming months.

Will the new markup support make OneDrive for Business more useful for you? Sound off in the comments section below.