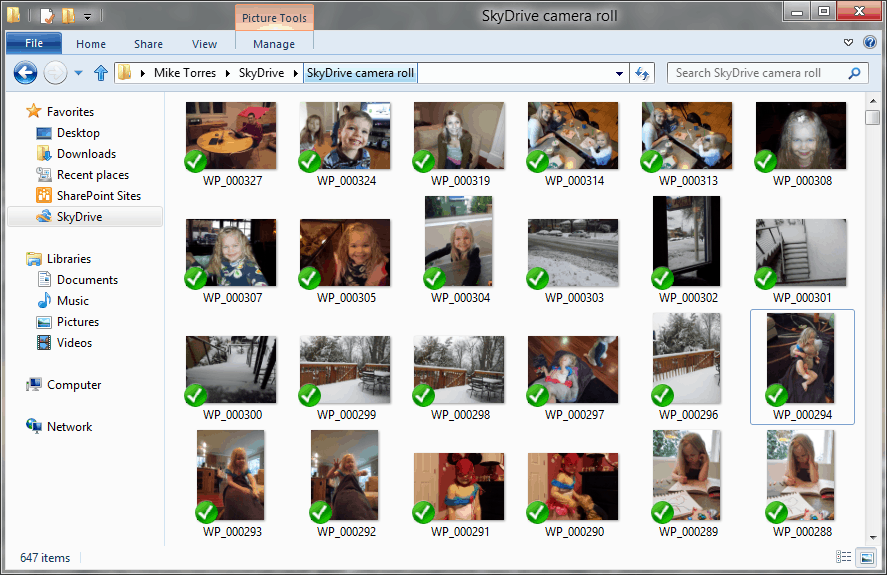 What a long strange trip it's been. Microsoft has been in this file syncing and sharing game a long time, and today in a blog post over at the Microsoft Tech Community, the company is celebrating 10 years of "OneDrive."

After a decade of creativity and collaboration, we're just getting started. Join us as we celebrate OneDrive's 10th birthday! pic.twitter.com/XSbDuHyHzp

According to the post, OneDrive currently boasts over 115 million users, including 85% of the Fortune 500, with OneDrive for Business doubling in use over the past year alone. This has been a busy time for OneDrive, with the long awaited return of OneDrive "placeholders," now known as Files On Demand and currently available to Windows 10 Insiders.

OneDrive (in everything but name) got its start in August of 2007, starting out as a beta called Windows Live Folders but called by its code name SkyDrive, and announced as Windows Live SkyDrive on August 9th, 2007. Back at LiveSide.net, we traced the company's consumer file syncing roots to the acquisition in March of 2005 of Ray Ozzie's Groove Networks, and another acquisition in November of that same year of Foldershare. Microsoft released its own ported from Linux to Windows Server version of Foldershare in 2008.

After that came Live Mesh (known internally as Horizon), and then the name changing race was on, from Live Mesh to Windows Live Sync to Windows Live Mesh, and then with the merging of SkyDrive and Live Mesh (dumping a number of Live Mesh features by the wayside in the process) in 2012. In February of 2014, SkyDrive was renamed OneDrive after litigation by British television broadcaster BSkyB, and it's been OneDrive, and only OneDrive (well except for OneDrive for Business) ever since.

The Happy Birthday post goes on to drop a couple of hints as to what's next for OneDrive:

What’s next for OneDrive? We recently released the preview for OneDrive Files On-Demand , a feature that will come to all our consumer and business customers later this year. And this is just the beginning. Over the next few months, we’ll release incredible new mobile features, innovative ways to manage and secure your content, and smarter ways to make sharing and collaboration better than ever.

If you want to win a "cool OneDrive T-Shirt," head over to the blog post for details, and don't forget to wish OneDrive Happy Birthday on the way.