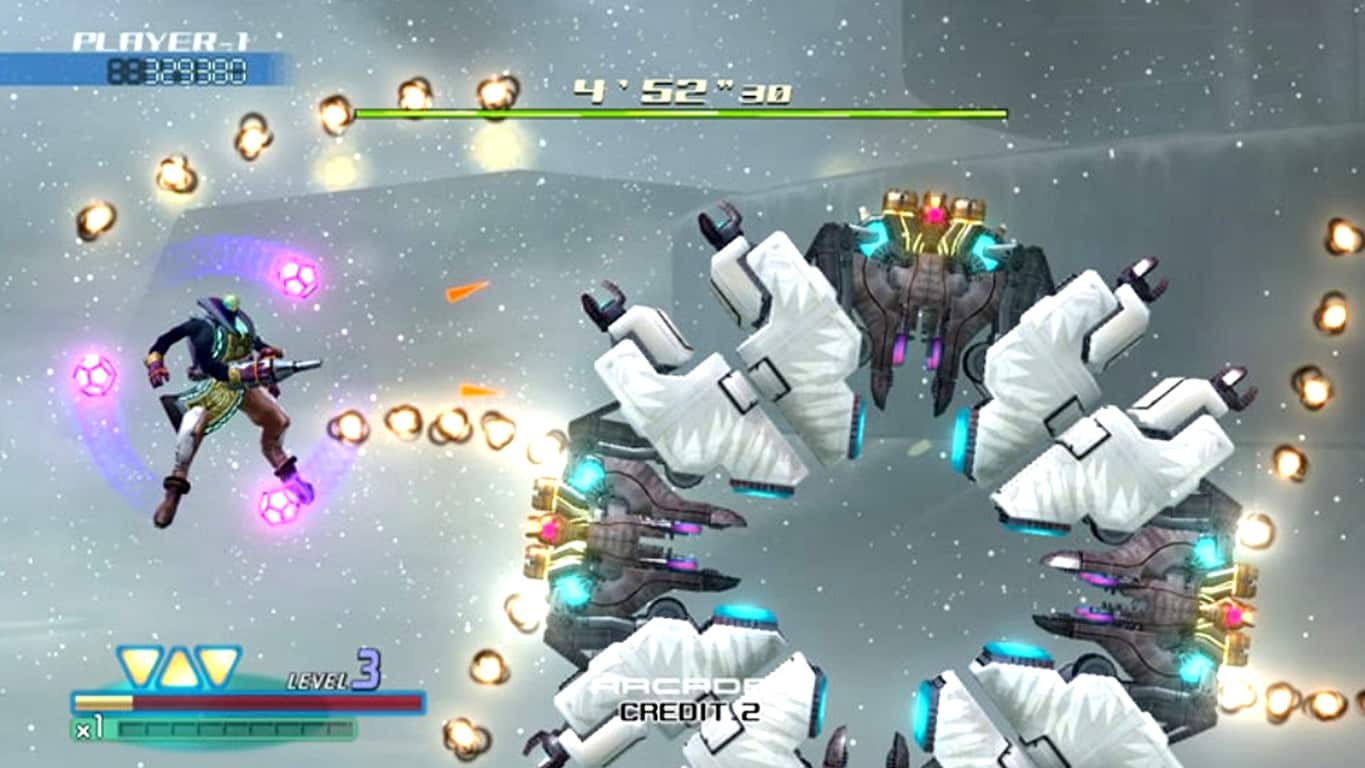 Xbox 360 games, Omega Five and Military Madness, will both be joining the growing number of backwards compatible Xbox 360 video games no playable on the Xbox One. Here’s the description for each game and links for where to buy or re-download them.

Single Player, Local Multiplayer 2, HD (High Definition). The baddest guys around have been gathered together in order to save the beautiful planet from the clutches of invaders! Take control of characters such as a pirate, alien, or samurai and unleash aggressive action against the invading mechanical life forms using the most awesome weapons in the galaxy! Team up with another player in multiplayer for co-op action or go solo in single player and shoot for the high score with Omega Five’s intense scoring system!

The Military is back for a new generation of recruits! The classic turn-based strategy series Military Madness, aka Nectaris, returns with an all-new graphical barrage and a host of new features. In addition to the single-player campaign, you and your allies can wage war offline or online in 4-person multiplayer, either in teams or every man for himself. As you bask in the glow of victory or suffer crushing defeats, check the online leaderboards to compare your skills against those of other generals. There’s even an all-new multiplayer-only unit, the Commander, which has 20 unique abilities to turn the tide of battle.

Are you waiting for a specific Xbox 360 game to come to Xbox One via backwards compatibility? Let us know in the comments.